Hello everyone, welcome to the blog.  As the title says I have been given a new job at short notice.  I've been appointed to Linton-on-Ouse as an instructor on the Tucano training baby fighter pilots for the RAF and Royal Navy.  Initially I only had 2 weeks notice but they pushed it back a few weeks so I actually start in the middle of February.

I am looking forward to flying the Tucano again, I last flew it in 1999 as a student and from what I remember it was a lot of fun.  Having chatted to a friend of mine who recently has done the job, the syllabus has expanded some what with some really cool stuff, formation aerobatics, Air Combat Manoeuvering etc!  Basics first though, I've got to remember how to start the thing first! 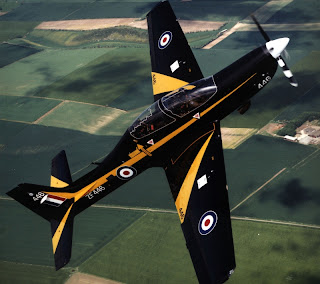 I'll be living in the Officer's Mess up there which means I'll have plenty of modelling time but it does mean I've got to move everything up there, that will be a pain but once I'm settled it'll be better than sitting in the little shed outside!  It also means I'll be living away from the family which is going to be really tough but I'll get to see them pretty much every weekend and it won't be forever.  It's better than spending 7 months away on a ship!

Right, I've been quite busy with 2 models finished and we're not even at the end of January yet!  The first is Tamiya's excellent P-51B in 1:48.  The kit is getting on a bit now and there are a few obvious inaccuracies (such as the wheel wells/main spar) but in the end it looks great and it goes together like a Tamiya kit should.  I built it for a friend of mine who flew the restored "Princess Elizabeth" at Duxford with The Fighter Collection.  I needed to get this one done ASAP so it was done straight from the box. 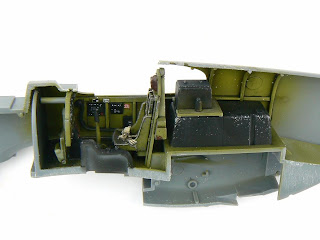 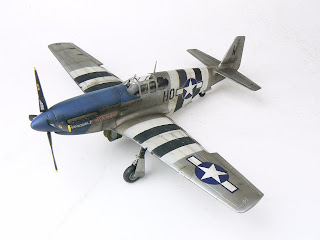 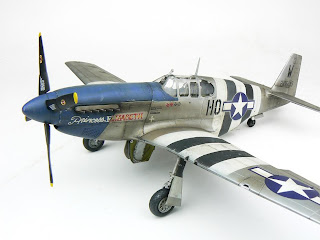 Now back to the armour side of things, well, I say armour but this is a soft skin.  Tamiya's Opel Blitz is a great kit, again some say there are some accuracy issues but a)  I have no idea what they are, the model looks good to me, and b)  I couldn't give a shit anyway!  Accuracy doesn't really bother me unless it's really obvious and usually some one has to point these things out to me anyway!

Anyway, to enhance the kit I bought Hauler's photo etch set (which looks suspiciously like Trumpeter/Hobby Boss PE so I bet that's who the sub contractor is) and the Mig Productions resin tarpaulin.  This is a great moulding and I really cannot recommend it highly enough. 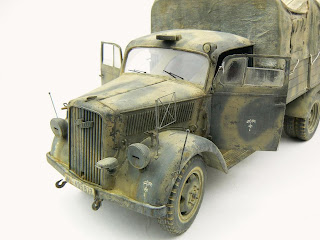 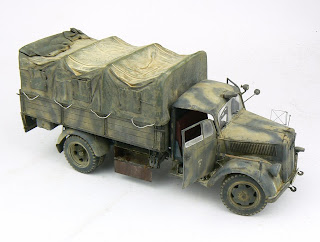 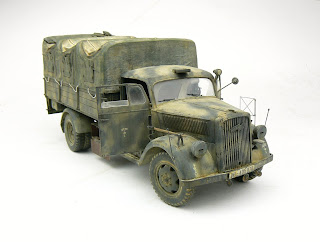 I wanted to do a DAK vehicle so I could go to town on the dusty look, I hope I achieved it!  In any case, it was great fun to do and I really enjoyed the challenge.  There is an ongoing article in Scale Modelling Now internet magazine.  It's only £1 a month, bargain!  For that you get access to not only the current content but 3 years worth of  back issues/content including all the techniques videos.  Talking of which, I have done a series of short "How to" videos on how to weather an old oil drum! 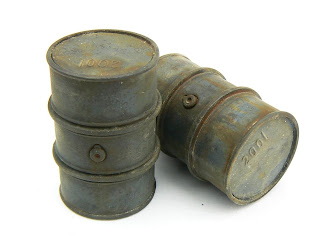 That's almost it, just a quick preview on what I'm working on at the moment.  It's a bit of a departure for me but should provide a great canvass for some pretty cool weathering! 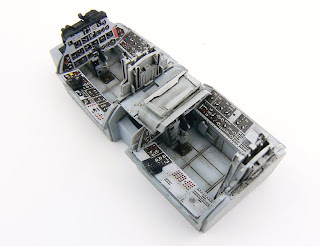 Righto, I'm off to watch Professor Brian Cox's new series on telly.  He's awesome and I'm not embarrassed to say I've got a bit of a man crush on him!