Hi, welcome to the blog.

First off may I just say thank you very much to all those who sponsored me for the Dryathalon.  Thanks to your generosity I raised £150 for Cancer Research UK (more if you add in the gift aid).  It was hard, very hard at times, to go the whole month with no alcohol however I did it, I don't think I could have if it wasn't for the support of the sponsors.  So a shout out to; Nige Poole, Mike Williams, Tracey next door, Mum and Dad, Maru, Bouyacasha, Geoff Coughlin, Neil Pinchbeck, Peter at Airscale, plus the anonymous sponsors.  Thank you all.

Now, the subject of internet forum twattery (I nicked the phrase from good mate Drewe Manton and his blog, in fact he is much better at this ranting than me!).  I know this hobby tends to attract a sub section of society; the male, beardy weirdy, never seen a girl naked in real life sort who loves nothing else than to sit behind a computer in his bedroom (his mother is downstairs watching Corrie probably) and just talk utter crap on a modelling forum.  Now, I take my hobby seriously but it certainly is not what my whole life revolves around. For these types it does.  That probably explains why they really can't help themselves when a new kit is announced and they try and be an expert by stating that this shape is wrong and that bit is obviously wrong; and just by looking at a crappy picture of a piece of card stuck on a manufacturers display which shows a work in progress CAD picture.  Even better, they may even get a photo of the real thing and draw lines all over it showing that they really are someone to be admired because they've proved the curve of the canopy is slightly off.  One bloke even suggested to Spencer Pollard (a very talented modeller) that the reason his MiG-29 was so good was that is a very expensive Great Wall Hobby kit and therefore he'd be much better off with the older, less detailed, less refined and inaccurate (in places) Academy kit as he'd save a few quid and test his modelling skills.  The best one had to have been the bloke who criticised the box art of the forthcoming Trumpeter Albatross because the painting depicted a small ship which wasn't sinking accurately.  Yep, you just read that right, he was criticising the ship in the painting for sinking inaccurately.  Even when the artist who painted the picture stated he took the inspiration from an actual picture he'd found he still wasn't satisfied.  Honestly, I'm not making this up, this really happened!  All forums have their fair share of these pillocks but one in particular has more than it's fair share, I won't name this British based modelling forum but I think you may be able to guess, you definitely will if you've been there.  I'm going to say it, and say it loud....

GET A LIFE YOU BORING, DULL LITTLE INSIGNIFICANT MAN.  NOBODY LIKES YOU VERY MUCH!

Right, now I've got that little lot off my chest, it's now time for some modelling.  Here is my Trumpeter F-100F in 1:48, built for Model Airplane International magazine, (as such I've only posted a few pictures as a taster for the article).  Suffice to say I had a great time doing this, it was a very involved projects as it has almost every after market set available, even some pilot's helmets (True Details by the way)!  You've got to love these Danish aircraft, I don't know the mechanism behind the fading paint but it is a great canvass for a model.

First off though, a plea.  I painted up the boarding ladder but you'll notice it's not on the model.  That's because it has completely disappeared.  On moment it was there, the next it had gone   So, if anyone has a Trumpeter F-100 in 1:48 and doesn't want theirs could they possible send it to me, pretty please! 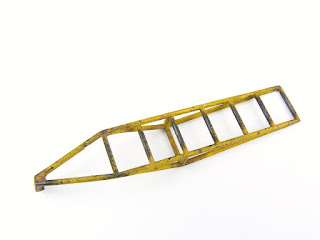 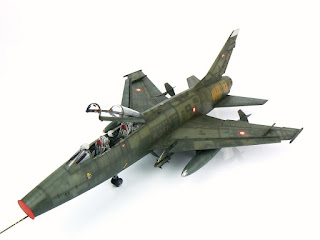 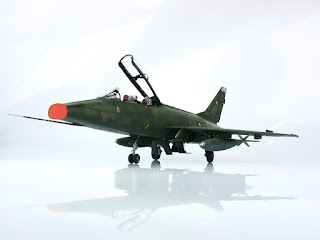 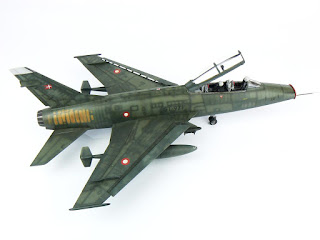 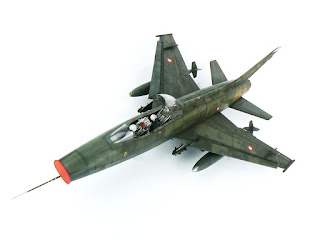 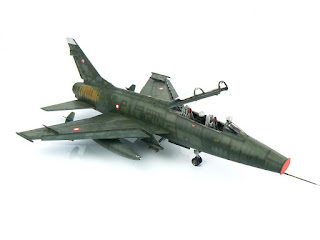 Here's a few pics of the real thing. 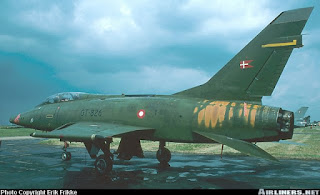 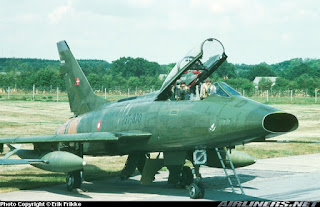 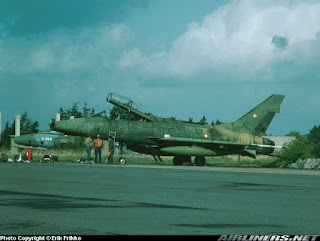 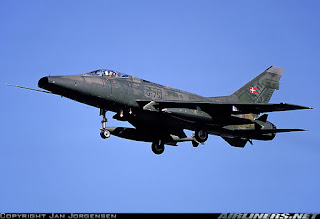 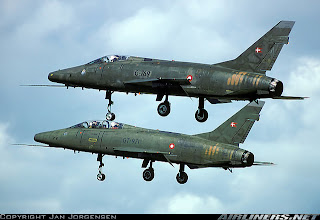 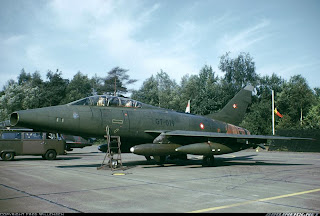 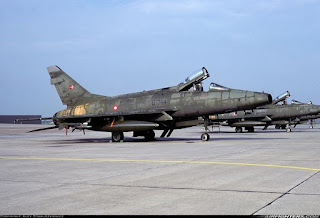 My next modelling project will be an AFV or a ship.  Hopefully, up at Linton-on-Ouse I'll have internet access in the Officer's Mess.  If so I'll do another SBS on the blog of that project, if not I'll just take a few in progress shots as I go along and post them as and when I can.

Right, now the F-100 is finished, I can pack for the move up to Linton!  So until next time, keep calm and just have a little think before making that forum post!  ;-)