Welcome to the blog.  I have been busy at work getting to grips with the Tucano again, many people have asked if it is all coming flooding back, the answer is a definite NO!.  I last flew it as a student 14 years ago and I have done too much since then to remember anything so it's rather like starting again from scratch.  That said, it's great fun and it's nice to fly an aeroplane with a descent rate of climb and a set of ailerons which actually make the aircraft roll!  The Grob Tutor was awful!

Anyway, onto the modelling.  I've managed to fit in building Tamiya's Hetzer in 1:48 around the studying.  Despite really fancying doing an ambush type camouflage I really wanted to try out some new painting techniques so pumped for a red primer vehicle from the Czech uprising in 1945.  This would also make for a stunning model with the differing paint effects and all that graffiti.

The kit on it's own is very nice but I decided to tart it up a little using Aber and Voyager photo etch sets for that added refinement.  The bespoke frontal armour was made from plastic card which was simple to do.

The one thing I am most proud of is the bare steel effect on the armour and the shurzen side armour plates. I had toyed with the idea of doing the whole vehicle in this but I didn't want to risk it as I'd never tried it before but also I didn't want to copy Adam Wilder's model. 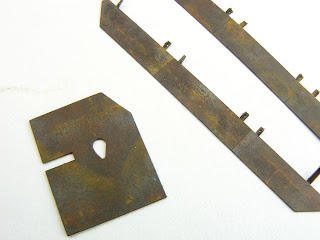 The slogans were quite easy to do in the end, I bought the 1:35 Bison decals and scanned then before sending them to Ian at Ad Astra masks.  He made a set of Vinyl masks for which enabled me to get clean markings but in some places I went over them with the brush in order to get an authentic hand painted feel to them.

I am really proud of this model, and whilst I think the primer red maybe a little dark and brown in tone, I'm claiming this model as a success.  There will be a full article on this model in a magazine but as yet I haven't been able to decide who to pitch it to, as soon as I know I'll let you know. 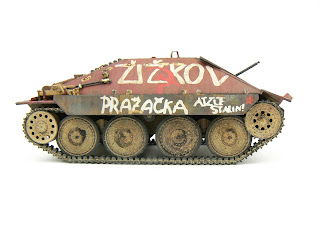 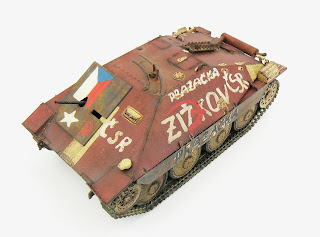 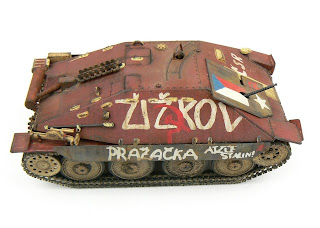 Now for a sneak preview of my latest model and it's another new venture.  I'm doing a ship!  I bought Trumpeter's 1:350 Z-30 German Destroyer from Hannants as it was on special offer and included in the box is a rather nice photo etch fret including all the railings, bargain!  I still couldn't help myself with the after market however as I've bought some photo etch davits, turned aluminium barrels, some anchor chain and a wooden deck. 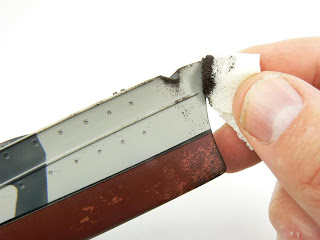 As you can see, this will have a full weathering job applied!  Its going to take quite a while but hopefully I can make some serious progress in the next few weeks.

A quick plug, I'll be doing a demo at the Sword and Lance show on 16th April.  I'll be showing how to use hairspray for chipping and if time, some more traditional techniques using sponge and brush.

As you can see, this is a short update but then I haven't done all that much modelling and the internet twattery on the forums seems to be under control for now which is a shame.  Whilst some people get wound up over some of the more amusing twattery I love it, it really makes me laugh how some people take themselves so seriously.  Losers.

So until next time, take care.