Its been a while

Hi everyone.  First off the title, its been ages since I updated the blog but without wishing to go into a long list of excuses I'll just say that living in Portsmouth during the week with just an iPad for company doesn't really lend itself to updating the blog.....

Anyway, in July I, along with Master AFV Modeller Mig Jimenez, ship guru Ian Ruscoe, maritime weathering master Julian Seddon and friend and WW1 modelling ace Dave Coward ran an all day modelling workshop for Geoff Coughlin's Scale Modelling Now internet magazine.  It was a fantastic day with the participants gaining hands on tuition from us during the all day event (lunch and refreshments thrown in). We've taken on board the feedback and the day was such a success 2 more are planned for next year!  Stay tuned for details.

I've been really rather busy modelling since the last update.  I'm assuming that you all rushed out and bought the latest edition of The Weathering Magazine?  If not WHY NOT!  :-D  In it there is a full step by step on the techniques used to weather my Greek F-16, not only that (standby for a gratuitous plug) it made it onto the front cover.  And again not only that, a certain young lady with not much clothes on seemed to appreciate it too!!! 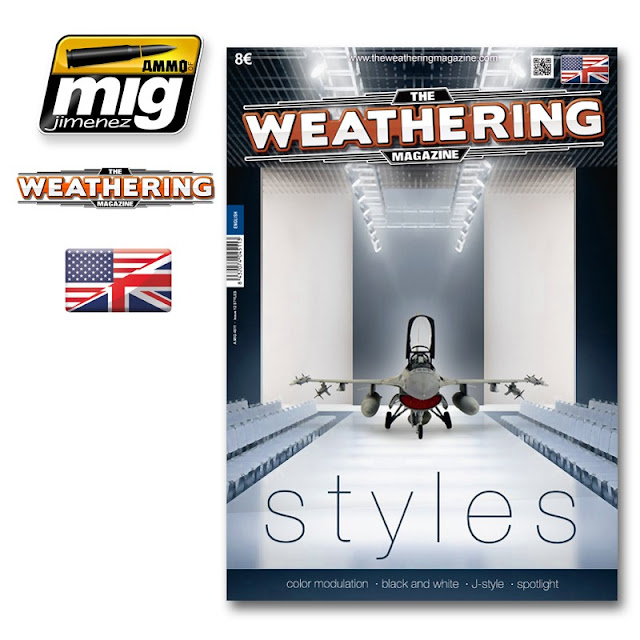 I've also returned to the derelict theme which was I really love as it allows the modeller to totally immerse himself in the ultimate weathering challenge.  First up was the superb little Airfix Folland Gnat in 1:48.  A quick internet search threw up many derelict and abandoned British training aircraft and although this aeroplane is fictional, I incorporated everything I had seen into the model.  I think its crying out for a little diorama, something I may work on over the coming months.  This model is destined for MAI in due course. 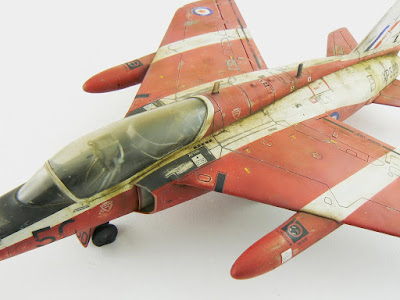 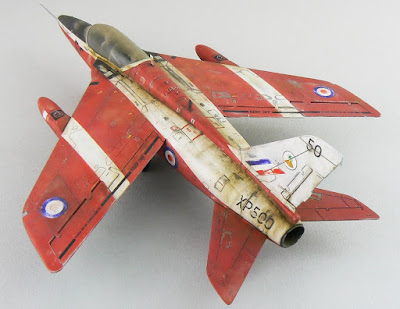 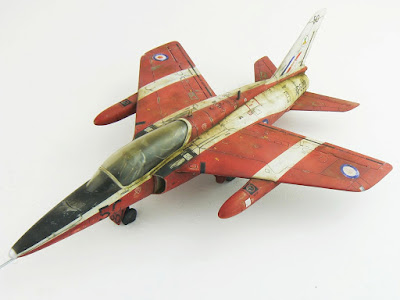 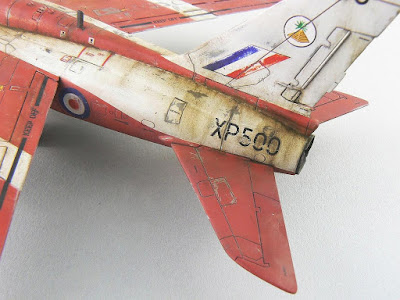 Talking of MAI another gratuitous plug, this time for a published model and another from cover (please indulge me).  This time it is Trumpeter's Su-9 Fishpot.  Its an OK kit but a little clunky in the cockpit and there is lots of detail missing.  The outside detail is OK but it really needed a rivet job, one which I really didn't look forward to seeing as it was to be a natural metal finish, still, I think I did OK.  Again its a derelict job which meant I could really enjoy myself but I did keep it relatively restrained.....  for me!  One product I really loved was the Uschi van der Rosten graffiti decals, they were superb with no need for varnish afterwards, the carrier film just disappeared! 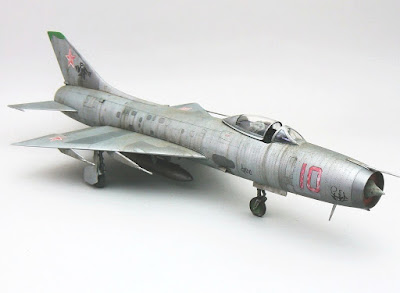 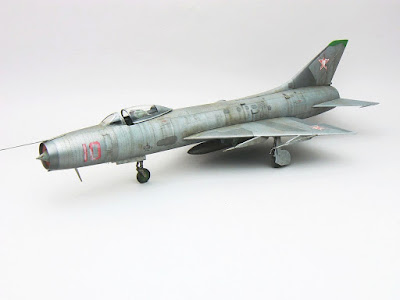 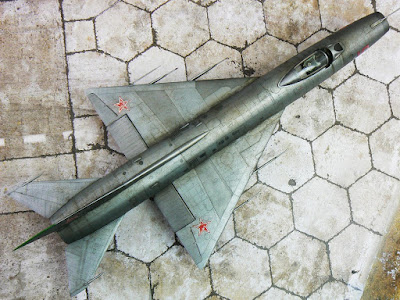 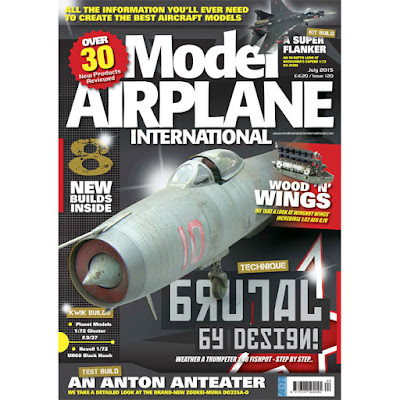 Next up is not a derelict aeroplane, despite its appearance.  It is in fact an ex Russian job under refurbishment for the Bangladesh Air Force, and yes, they do fly in this condition!

The model is the wonderful great Wall hobby 1:48 MiG-29 9-12 (early).  I threw pretty much everything I could at this one, all the photo etch, resin seat etc.  Its a shame there are no exhausts to go with it, the kit examples are well detailed but there are some hard (nigh on impossible) seams to clean up!  its a great kit, which is great as I've just been handed the latest MiG-29 variant from them to make for MAI magazine!

This model is destined for publication, eventually!  It will be included in my book for Mig Jimenez Ammo.  I'm almost there with the modelling on this one, just a few more models to go before I can get writing, hopefully that part won't take too long.....! 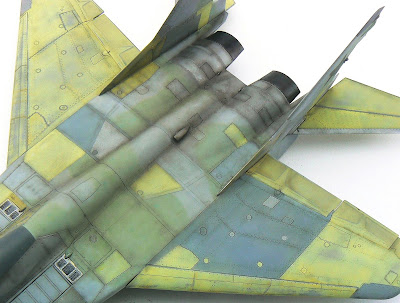 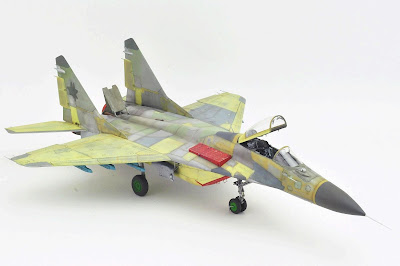 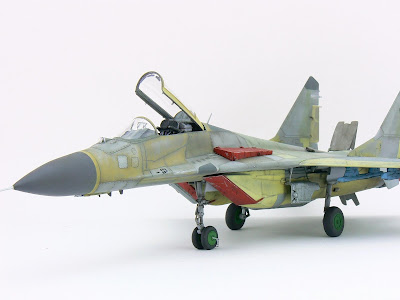 This one was fun, it's Hasegawa's MiG-15 egg plane.  I added a resin cockpit and scratch built the exhaust (a modified Phantom job) and again went with the derelict theme.  It had a full scribing and riveting job which was a challenge, but overall it was fun.  you may see this in print in the future.......! 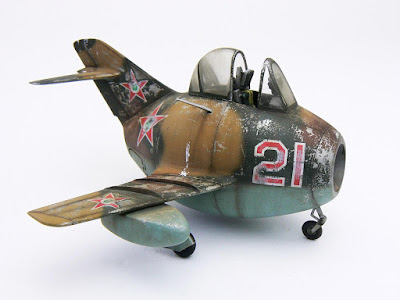 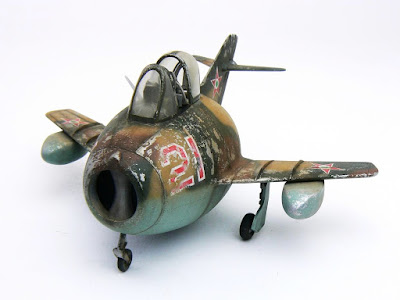 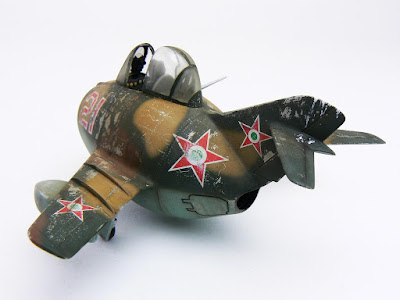 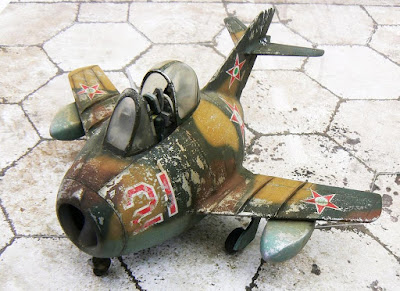 Ok, here is what I am working on currently, Eduard's MiG-15 this time!  This is destined for The Weathering Magazine again, their "Metal" issue. 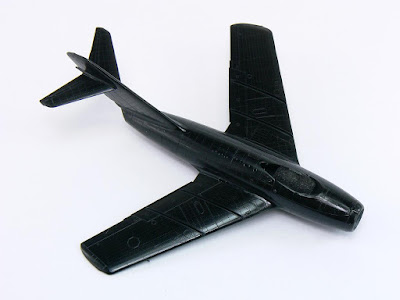 Next up is .......!  oops, unfortunately this is for a secret project so you'll have to be patient!  Suffice to say this model is Japanese and is a modern subject, but that's all I am saying, you'll have to wait for November! 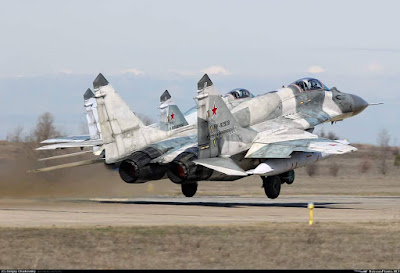 Also for MAI, the Trumpeter MiG-21UM, this will have all the bells and whistles. 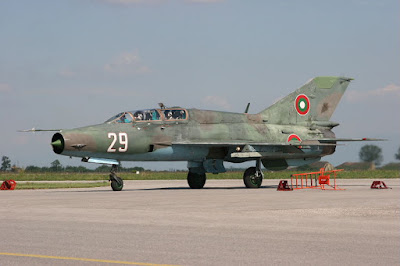 Plus also this for MAI!  Blimey, Spencer is really getting his pound of flesh...! 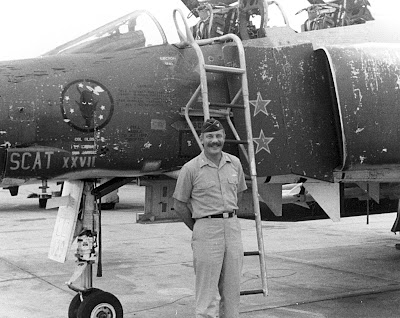 There is a mix of models for the Ammo book from 1:48 WW2 fighters to 1:32 modern jets.  I'm really excited by this project, I just need to get my finger out and start cracking on with it!

In industry news Ammo have got into bed with Aclad, arguably the BEST metallic paint range of them all and one which I swear by.  this is great news as not only has the packaging been completely redesigned we can look forward to some innovative stuff coming from the Ammo brand.  I am really excited about this step and can't wait to see comes out next!

Phew, there we go, all done.  Thank you for your patience, we got there in the end.  I will try and get back to regular updates as this is a bit of a monster!  So, all the best, take care and keep on enjoying the modelling.