More Eduard Bf 110s you can shake a stick at (plus Poemgate!).

Welcome back to the blog.  Since the last entry which was the concluding part of the Hasegawa Kate SBS I have been busy with a number of Eduard's stunning new Bf 110E in 1:72.  Since I made the first one more and more resin has been added to the Brassin range so in the final model I went a bit overboard!

Also, I seem to have caused a kurfuffle on Hyperscale when I posted a little poem!  But we'll deal with this after I've shown you the 110s.

Talking of which, here they all are.

1.  This one has been built straight from the box.  The weathering has been kept quite restrained whit a little paint chipping and post shading.

This model will appear in SAM as a review very soon. 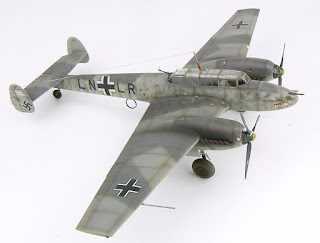 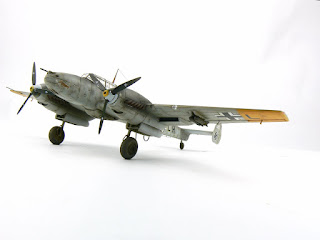 2.  Again, this one is straight from the box.  This was a commission (as are all the first 4) and I thought I'd use the extended rear fuselage however the chap I was building this for wanted the short fuselage so I had to cut off the tail and remove the dinghy line then graft the new one on!

She's been weathered using my oil dot technique and the markings were sprayed on.  Ian at Ad Astra did the masks for me and they worked really well.  It was much easier spraying the shark mouth than using a decal on those curves!

This model is currently running as an article over in www.scalemodellingnow.com internet modelling magazine. 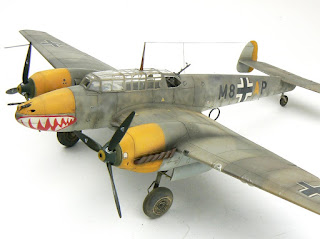 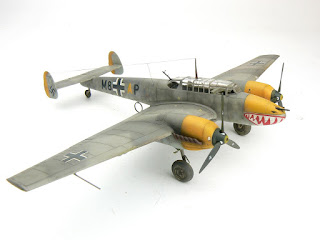 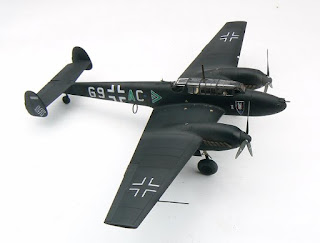 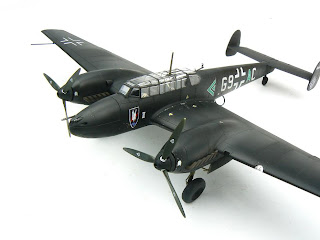 4.  Yet another commission although this time with a few extras.  She's been riveted and Eduard's extra photo etch set used.  Also used were the exhausts from the Brassin engine set and the nose guns from the Brassin nose gun bay set.  Brassin wheels were used and also a CMK resin MG 15 in the rear cockpit. 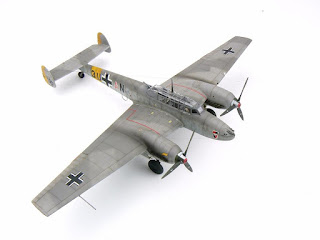 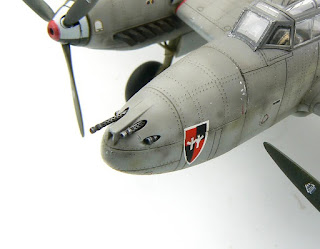 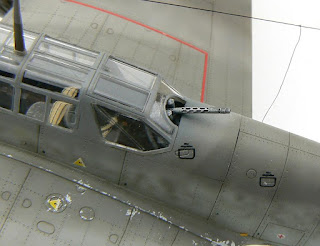 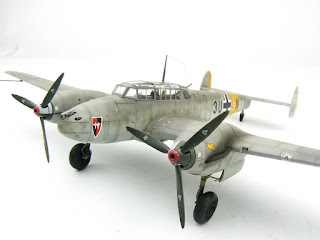 5.  This is my 110, there are many like it but this one is mine!  She's had the works, riveted airframe, Brassin nose gun set, Brassin engine set (two of), CMK Mg 15 plus scratch built battle damage (note the feathered prop).  I also scratch built the rear canopy as there is no option to open it included in the kit.  So far this is one of my favourites in the cabinet.

This will also appear in SAM at some stage in the near future. 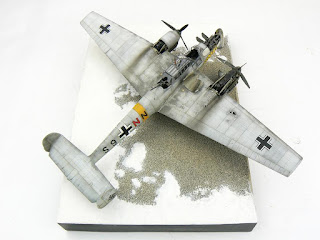 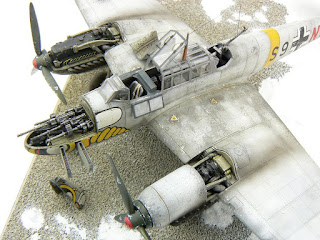 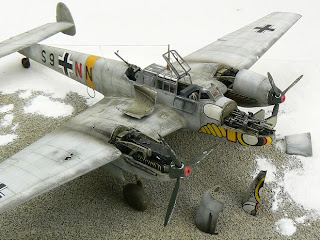 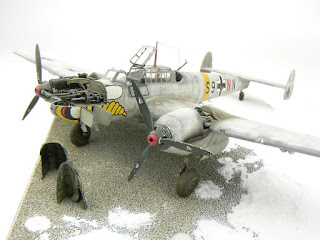 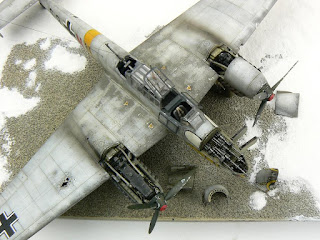 I love these little kits, they are lovely to build and packed with detail.  Are they accurate?  Dunno, they look like a 110 to me but then I'm not an expert.  I also don't care!  If I can see something is obviously off then fair enough, but I am not one for getting out micrometers and studying every shape and curve to a fraction of a degree.

All this leads me nicely onto Poemgate!  A chap on Hyperscale posted up a few pictures of the eagerly anticipated Academy Phantom in 1:48 which did the usual, it kicked off when some one pointed out an accuracy error and what followed was the usual boring conversation.  You know how it goes; "how can you tell from fuzzy sprue shots"; "why are you getting hot and bothered, it's only a model";  "hey don't you leave him alone"; why don't you get lost", "stop having a go, if he likes accuracy then fine".......etc etc etc.  The exact same old boring bollocky thing that happens all the time, it's so predictable.

SHUT UP YOU GEEKS!

I normally just laugh at them privately but this time I decided to write a little satirical poem.  It was tongue in cheek, it poked fun at all of us, grown men playing with little plastic models.  It wasn't aimed at any individuals, we are all geeks, it was aimed at the hobby in general and supposed to be a bit of light hearted relief.  Something to be read, hopefully have a little chuckle and then move on to the next post.

I take my hobby fairly seriously but I don't take it, or myself too seriously.  I am fully aware that the vast majority of my friends think I am sad, it's probably because I am!  (Probably why I am not going to Telford just in case I'm seen by the Lynx crew).  But, I enjoy the hobby, I think that there are some out there who take things a little too far and need to have a look at themselves.  One thing that is guaranteed to piss me off is people getting offended on other people's behalf!  In fact, I was even accused of bullying.  For heaven's sake!

Anyway, here is the poem in full.  Bear in mind that although the subject that kicked off the recent bollocks was Academy, it is usually Trumpeter or Hobby Boss!  I hope you will see that it is no way offensive.


Whinging and MoaningMy glass is half empty, moan and whinge,Every time Trumpy release a kit I cringe,Accuracy is everything to me,If only they lived in the land of the free.Modelling is everything, it all needs to be perfect,I want to consult with them but I don't speak the dialect,I sit in my bedroom all day and all night on my own,I've never seen a girl naked, whinge and moan.TrumpyBoss are rubbish, Monogram is king,I like raised panel lines and poor fit, photo etch is just bling,In the eighties, modelling was much better,Why can't they get it right, I'm going to write a letter.All the time I sit on the forums,Studying photos getting the doldrums,I spend all day, typing and droning,Complaining and sulking, whinging and moaning.


And that's all it was!  Anyway, I hope that entertained you.  If not and you are offended then please go and cry to your mum because I'm not bothered.  It's my blog and I can say what I like.

Ok, that's it for now.  I've got a few AFV porjects coming up next, Tasca's new Sherman Firefly Ic which looks beautiful in the box so I can't wait to get to grips with that.  Shortly after is a DAK Opel Blitz and then I'm going to have a stab at a ship, a 1:350 Z-30 German destroyer.

So until next time, Keep Calm and carry On Modelling!