Hello all, wow has it really been that long since the last update!  First off, may I sincerely apologise for the lack of Work in Progress updates on the Dystopian Bronco.  By way of mitigation, I fly a desk at Navy Command which means I live on board in HMS Nelson during the week, I have my work bench and iPad to keep me company but the iPad doesn't rally work very well with Blogger.  What does work well though are various internet forums.  So, if you're a member of Flory Models you can go into the "I'm an Animal" Group Build section and see the whole thing.  For non members, I also posted the full process in Large Scale Planes so you can go there.

Here is the LSP link:  http://forum.largescaleplanes.com/index.php?showtopic=60278&hl=bronco

And here is the finished model.  To say I had fun is a slight understatement, never have I been more engaged in a project.  Normally I love getting to the end of a project as I get the sense of satisfaction having created something but I like to sit back, reflect on the projects then work up for the next one.  I did get that with this one but also had a profound sense of loss, I loved every second of this one and really didn't want it to end...

This model will also feature in the book. 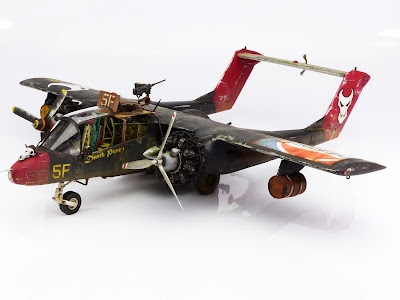 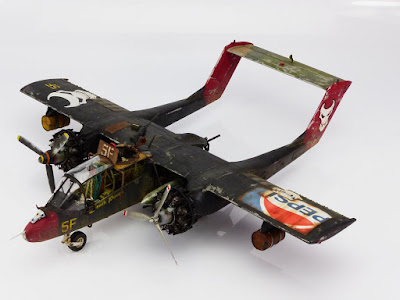 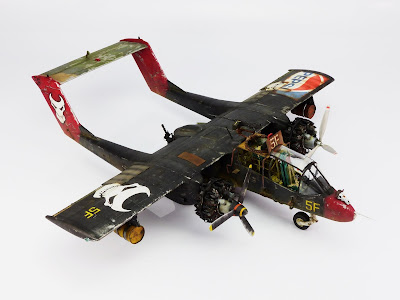 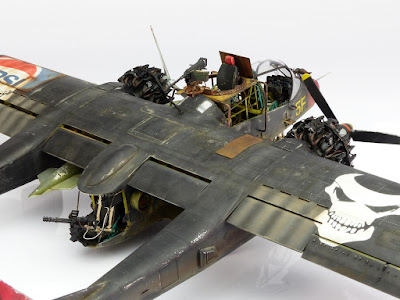 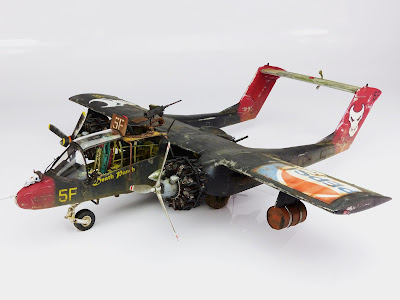 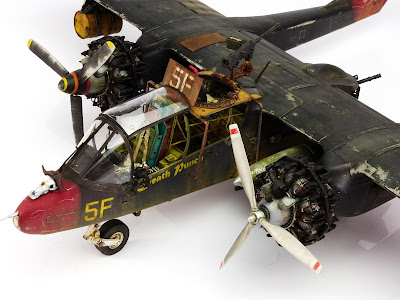 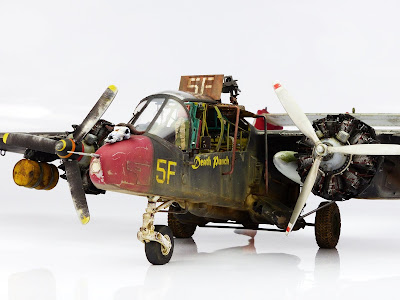 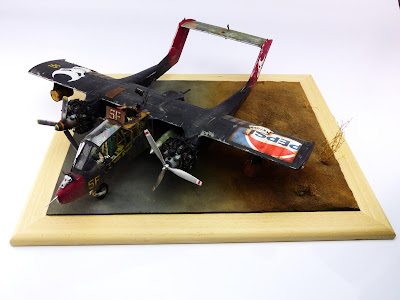 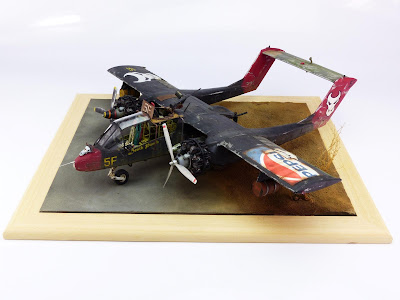 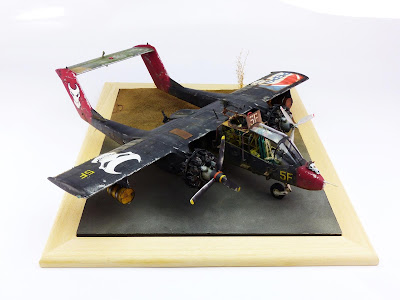 The Wessex.  This is the Italeri kit, and it's typical Italeri.  Soft details, questionable fit, average moulding etc.  There is a rotting Wessex at the White Waltham airfield so I wanted to depict this aircraft, however, seeing The Weathering Magazine issue this was destined for was "Interiors" I did a bit of scratch building plus used the Eduard photo etch sets.  I haven't found any pictures of any of the doors open so don't know how much of the "Pinger" kit remains, so I just added some bits and pieces thinking most of the gear would have been removed.  Also, all the photos have the doors shut, not so good when doing a model for an "Interiors" issue......!


A full step by step will appear in the magazine article. 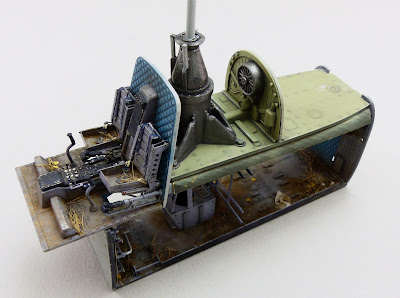 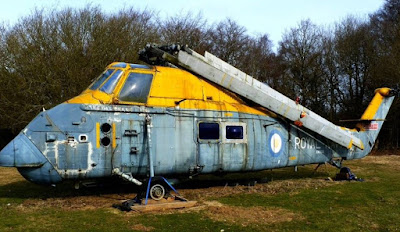 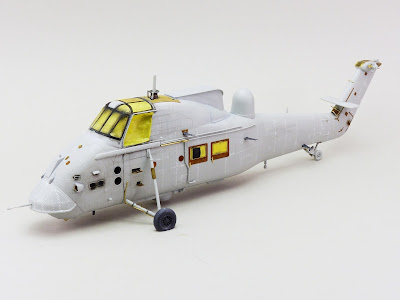 I filled in all the rivets and re did them accurately for a realistic look.  I used the RB Productions rivet wheel.  You'll also note how much brass is used! 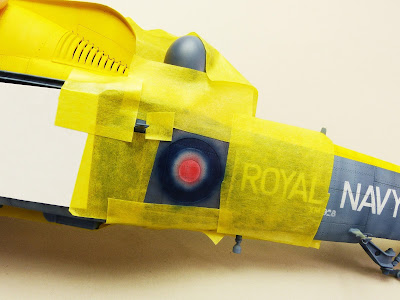 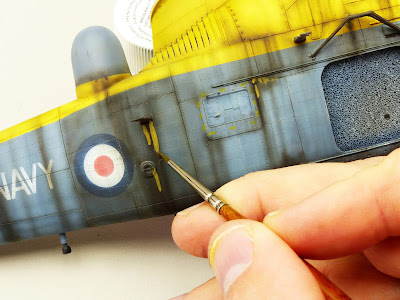 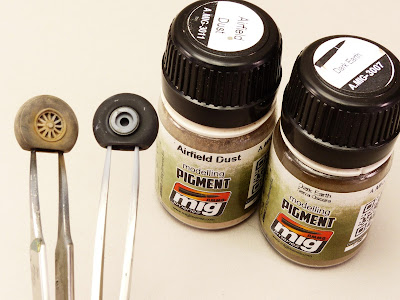 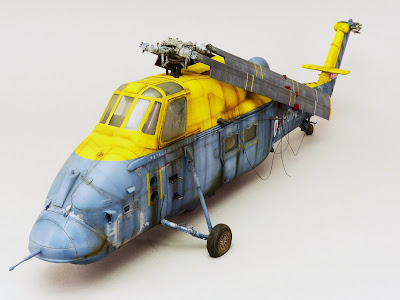 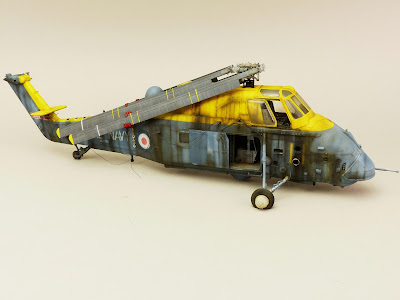 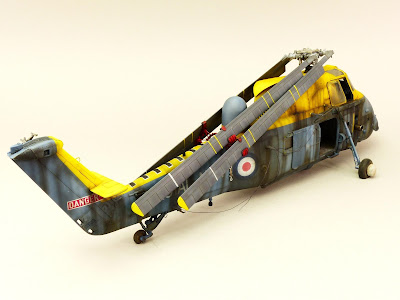 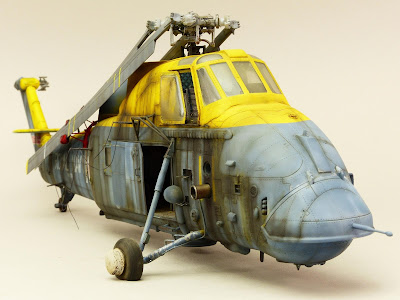 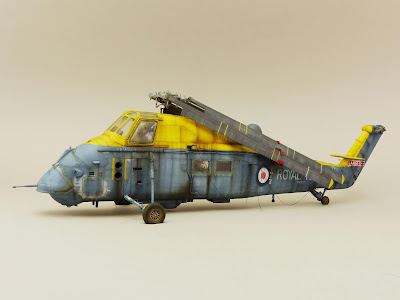 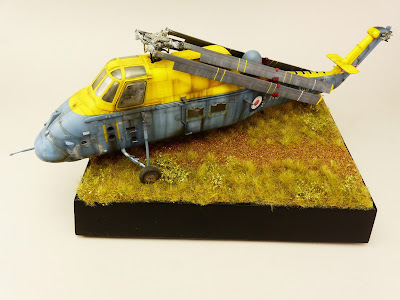 This was a very involved project with extensive scratch building, photo etch work not to mention all the filling, riveting and scribing.  And although it was very much worth it I don't think I'll ever be making another Italeri kit again any time soon!

On the bench at the moment is the Airfix Shakleton, this is for a mate who had started it as a model to give to his Brother-in-law as his father who recently died flew them back in the day but owing to a house move etc is unable to carry on for a while.  Hopefully I'll bring you some phots of the progress in due course.

Before I go I'll just mention a couple of friends' You tube channels.  Drewe Manton is a good mate and he's added quite a few videos lately on his Kittyhawk Super Cobra and tank thing (sorry mate, they all look the same to me!).  Also is a handy tip for Flex-i-file users. Spencer Pollard, MAI editor, has just started up on there and is worth checking out...

Until the next time, happy modelling.