Welcome back to the blog and for those knew listeners, welcome.  I hope you enjoy my ramblings.  The Ju 88 is finished.  This has been a bit of a marathon if I'm honest as I started this one months ago.  Well, having a special model waiting in the wings I thought I had better crack on and get it done so here it is.

For those who don't know, this is the Dragon 1:48 kit in the Revell box and its had every bit of resin chucked at it plus a few metal bits, here's the list;

So, safe to say it's a bit heavy!  It's had a full rivet job which works really well with the winter white wash finish as the techniques used bring them out quite nicely.  I'll be describing all the techniques in a future project, something which I can't really bang on about just yet, however, what I will say is that oils, filters, streaking effects feature heavily!  Actually, it owes a lot to contemporary AFV techniques however many of these don;t really read across directly, a bit of thought and interpretation has to be used in order to adapt them for aircraft.

Anyway, I'm quite pleased with it (and yes, I have taken the masking off the DF cover).  I'll be getting some descent phots done in the coming weeks so until then I hope these are good enough to be getting on with. 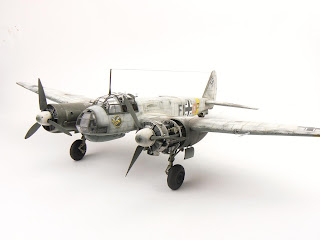 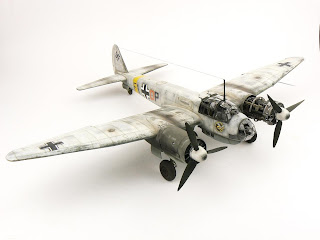 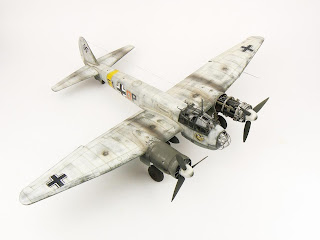 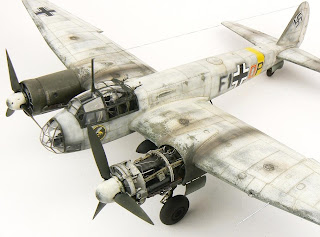 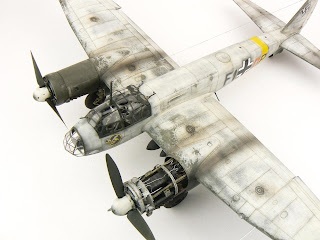 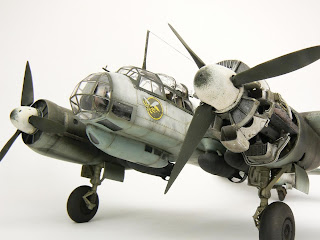 I've been having a lot of fun at work lately.  We take every course away on a mini deployment for low flying, it gets the students out of their comfort zone flying away from the usual haunts which is great for their development.  There is a famous valley in Wales called the Machynlleth loop which is a circular valley about 20 miles in circumference; we fighter pilots are all introduced to it during fast jet training so its great that our students have had an early taste of it.  Its awesome fun as well as great training, mind you, I never thought that by flying round the valley always turning left it was possible to get lost in it but my student on day one managed it!  These days, loads of spotters and photographers stand in a couple of strategic places to get some awesome shots and they post them up on various forums.  One of my modelling buddies, James V, occasionally pops up and therefore knows a few of the chaps, here are some of the phots! 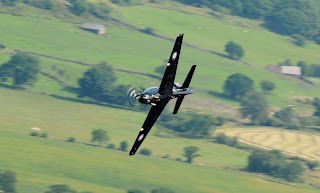 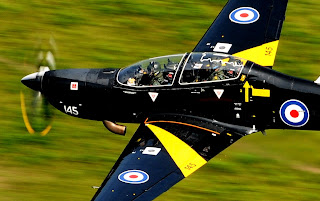 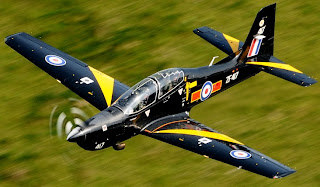 That special project!  Well, it's the Tamiya Corsair which I am making for AIR Modeller, I'll also be showcasing some of Roy Sutherland Barracuda resin bits and knowing Roy, these are going to be stunning.  Obviously I won't be revealing too much on the blog but I will show the odd little progress shot and some final phots.  Despite being a Royal Navy pilot, this one is going to be USN which gives great scope to weather it to hell! 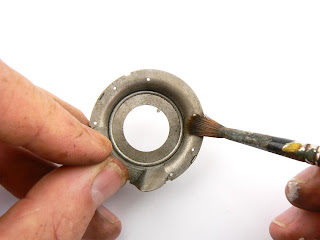 I seem to have caused a bit of a stir on Missing-Lynx.  As you may remember from my last entry, I asked an honest question very quickly the knives came out.  Having done my best to state why I said what I did and did my best to smooth things out, I quickly realised that this was futile as the dweebs came out all shouty proving that unfortunately out hobby contains a minority of people with severe inadequacies in their personal lives.  Well, I have no such inadequacies, I'm far from perfect (which for a naval aviator is hard to admit) but I don't hide behind a keyboard getting all shouty and pathetic.  Also, its my blog so I'll say what the bloody hell I want.

So, with that off my chest, I'll let things move on and concentrate on some modelling.  So until next time, take care and happy modelling.
Posted by Jamie Haggo at 02:26 9 comments: