Times they are a changing

Welcome to the new look blog.  I must point out though that all the credit must go to master modeller Mig Jimenez.  Mig and I have been corresponding for a couple of years now, ever since I took up armour modelling and he has been hugely influential and inspirational often helping me with my projects.  He has commented a couple of times on the layout of the blog and offered up a few suggestions on how I could improve things but recently he went one step further and very kindly offered to design a few title banners for me.  Well I think he has done a lovely job, I've thanked him in private but here's the public thank you.

To open the new look blog and before I embark on my forthcoming new ship project which will appear soon, I'll just show you my latest finished model.

This is the Tamiya P-47 in 1:72 scale.  Tamiya models need no introduction and this particular kit has been around for a few years now but it is unmistakably a Tamiya product being very nicely detailed with exceptional fit.  however, as with all models, there are always enhancements that can be made.  This model is no exception, I've thrown the Eduard Big Ed photo etch detail set at it as well as every Quickboost resin set.  You'll also notice the rivets, I think rivets make a real difference to the model and without them a subject can look really plain.  I know that in this scale, the rivets should be almost certainly invisible however modelling is an art form and as such we are trying to recreate an interpretation of an object in miniature.  In my models, I use various paint effects that are layered on each other in order to recreate scale effect, without them the model looks bland and toy like yet each effect in isolation is not prototypical and is not apparent on the full size subject.  Rivets are one way of doing this (albeit in reverse).

This model and the full article will appear in model Airplane International magazine as part of the Big Ed series. 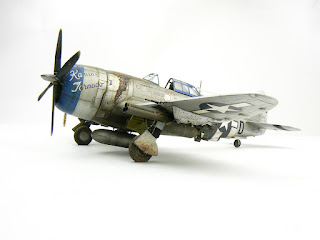 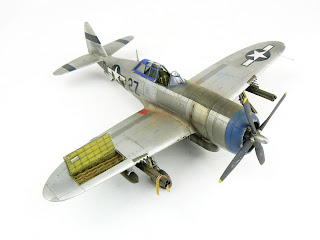 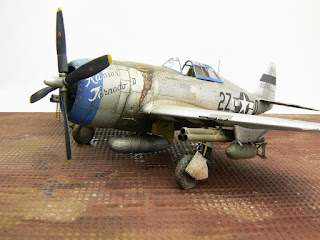 Talking of magazines, I've starting contributing to AK Interactive's new weathering magazine.  Whilst it has a distinctively AFV flavour, there are aircraft and ship articles in there as well, in fact even if you don't "do" armour models I can highly recommend it as the techniques I've picked up from the armour lot have really improved my aircraft models.  Each issue (it's published quarterly) has a theme, issue one was "Rust", issue 2 will be "Dust" etc.  I'm going to have a couple of articles in issue 3 which is "Chipping".

Don't let the postage rates put you off.  If you don't want to subscribe (postage free) there are retailers in the UK that stock it ((Creative Models) (and I expect international suppliers for those not in the UK)).

OK, time to wrap up this short bonus blog update, I hope you like the new look as much as I do.  Thanks again Mig.

Welcome to the August installment of my blog.  Well, the Olympics is over and I'm having withdrawal symptoms; what a fantastic event.  I'm not ashamed to say I almost cried with pride at how well the whole thing was staged and hosted and Team GB were fantastic.  I managed to take both weeks off work which was awesome as it meant I could see almost everything on TV and of course, I could get some serious modelling done.  Luckily, the Grob Tutor, the aircraft I fly, was grounded for almost the entire time I was of so I didn't miss any flying either!  All in all, the fortnight couldn't have been better.

Anyway, enough of the chat and onto the modelling.

I love the StuG, it's a pugnacious looking little tank killer and it was very successful on the battlefield.  I love the aggressive lines of the vehicle and seeing that over 10000 were built and it served pretty much everywhere, there are a myriad of schemes to choose from.  Both models were built for Geoff Coughlin's Scale Modelling Now internet magazine and the full article will appear soon.  I really recommend this resource, it's packed full of modelling, walkrounds, reviews and the highlight for me,  instructional technique videos.  He's having a special subscription offer at the moment so check it out here;

The first model is Dragon's 1:72 StuG IIIG.  This is a beautiful kit however I decided to spice it up a little by adding a whole load of photo etch from Voyager.  I thought tool clamps in 1:35 were a nightmare, after doing them in 72nd I think they're now a piece of cake!

I wanted to do an all over Dark Yellow vehicle but with a worn temporary white wash from the Eastern front.  Owing to it's small size the model didn't take very long at all to paint, in fact, if you were to build one of these straight from the box I reckon you could do it from start to finish in a weekend.  No there's an idea! 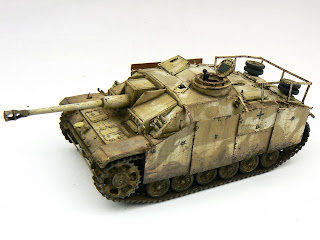 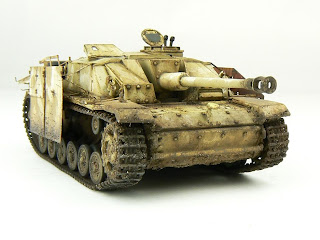 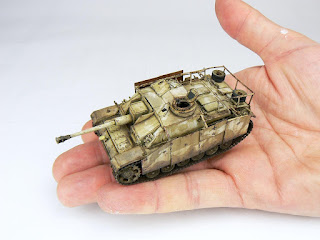 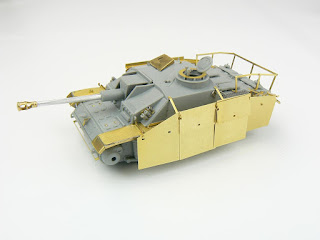 Whilst on the subject of 1:72, up next is the Eduard Bf 110E.  I've been eagerly awaiting this kit as I know Eduard's quality in this scale, their F6F Hellcat was breath taking.  So, the verdict; in a word, stunning.  It fits together better than the 48th kit and has just enough detail to make it a pleasure to build without being too fiddly.  I love this kit, in fact the review kit for Scale Aircraft Modelling magazine was built out of the box but Jay (editor) has sent me another with all the Brassin stuff so I'm going to break out the riveter and hairspray and do a super detailed jobby. 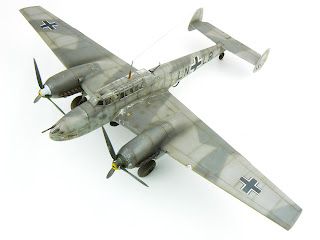 Now for the next StuG installment and this time it's Dragon's model in 1:35.  Again this is for Geoff's Scale Modelling Now so stay tuned for the upcoming article coming soon.  The model would be superb straight from the box however I could resist so it's dripping with etched brass, I also used a metal barrel and those wonderful Fruil metal tracks.  I had originally intended to the same vehicle as the little 72nd model as I thought the comparison would be quite neat however the Battle of Kursk vehicle caught my eye.  Again, this is a wonderful kit and I had a great time beating this one up and making it look well used and abused. 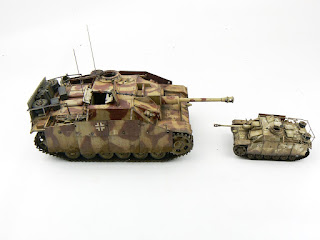 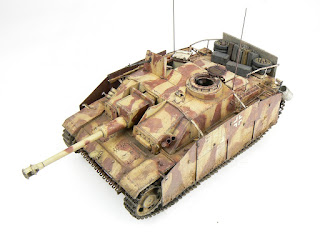 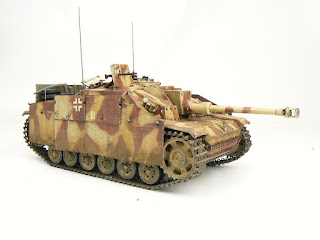 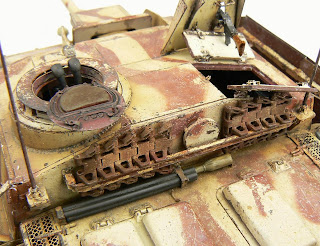 OK, we're done for this installment.  So, what's coming next.  Actually it will be a bit of a departure for me, I'm doing a model ship for the first time!  It's a Trumpeter German Destroyer in 1:350 scale, I've got the kit and the machined barrels and I'll be starting it soon.  Rather than make this for a magazine I thought I'd do the article here so stay tuned for regular updates and you'll be able to follow my progress from start to finish. So, until then take care and happy modelling.