Hi everybody; I know, I've been away from the blog for far too long.  Well, unfortunately that's because I've been rather busy learning to teach on the Tucano which has meant there has been a fair amount of stuff to do in the evenings.  Well, luckily there is some light at the end of the tunnel and I should be finished in a matter of weeks so I can get down to some serious modelling which is a relief.  Mind you, it's not all graft at work, as an instructor we all have to take it turns to go to air shows and pose in front of the aeroplane looking cool.  So far I've managed to "volunteer" for RIAT, Malta and Duxford in October so if you are there pop over to the Tucano and say hi.  You'll recognise me as I'll be the Navy bloke (and I'll have my name badge on!!).

However, I have been tinkering away.  I have built a small Hobby Boss A-7 Corsair in 1:72 but it's waiting for it's paint job (which will be an abandoned and unloved Vietnam veteran).  I'm saving this, and if you are around London on Sunday 9 June you can see me paint and weather it live!  I'll be manning the SAM magazine stand at the London Plastic Modelling Show in the Islington Business Centre where I'll be discussing contemporary weathering techniques and doing live demonstrations.  I hope to see many of you there.

For more details, see the latest issue of SAM or check out the website. 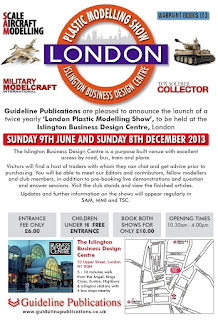 Now for the modelling project which I have been working on in fits and starts lately.  It's the Revell (Dragon) Ju 88 in 1:48 and it's going to have pretty much everything thrown at it.  The cockpit is pretty much finished, I just need to finish off painting the seat harnesses, glue in the seats and instrument panel and close up the fuselage.  Then I can make a start on the wings and resin engines! 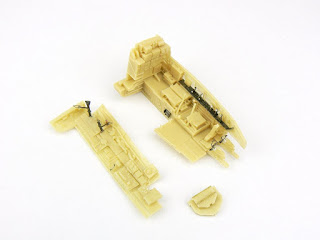 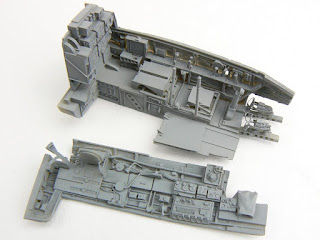 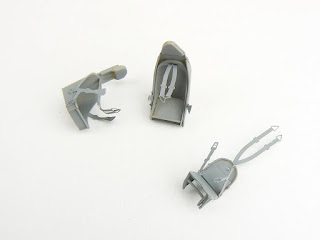 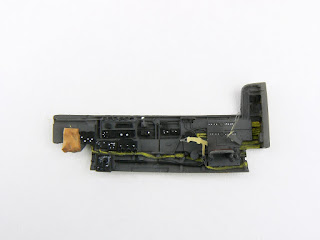 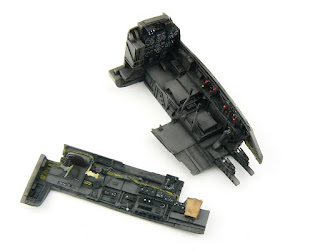 I'm really looking forward to painting this one.  It's going to be a heavily weathered eastern front job in a winter white wash providing me with plenty of scope to go to town.  I can't wait!

Right, I'd better knob off as it's the bank holiday weekend and the inlaws have come to visit!  Sorry it's been a bit short and sweet but hopefully in the next instalment I'll have a lot of progress to show you and maybe some progress on the next project.  I won't say much other than it's a jet, has stars on it and it'll be in a dilapidated state!  So until then; take care. 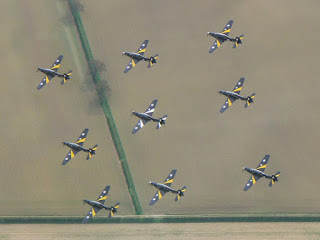 The last 9 ship we did a few weeks ago!