At last, it's here.  I've been waiting for ages for Airfix to release their Lynx in 1:48, not least because I got to know the design team during the research phase and "talked them into" their decision to include my Lynx as one of the decal options.

In 2009 I was the Flight Commander of 203 Flt, 815 Naval Air Squadron assigned to HMS Somerset for the Op Taurus 09 deployment.  This was an amphibious task group tasked with exercising the capability of littoral manoeuvre both in the Mediterranean and the far east.  HMS Somerset was to be the primary task group escort vessel and as such we were looking forward to a busy time not to mention some hoofing runs ashore!

I'm not going to review the kit here, I'll leave that to the Scale Aircraft Modelling magazine article that I have written.  Suffice to say I love this kit and with a photo etch upgrade it will be a world beater.  It's that good!  Anyway, here's a few teaser photos, the article should be published very soon.  In fact, it should be an interesting one as I've included quite a few photos from that and other deployments I have been on. 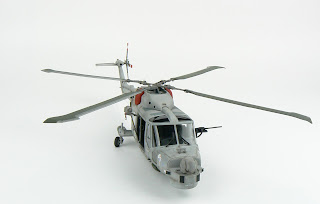 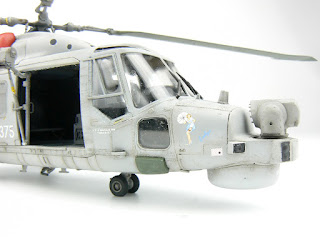 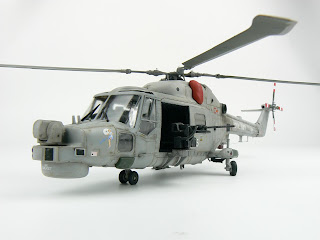 One model which is a bit titillating is the Revell Lynx.  Having seen pictures of a test shot it looks quite good although the surface detail looks really plain compared to Airfix's efforts.  There are none of the raised rivets or strengthening plates so if I choose to do one I'll have to get some Archer or HGW rivets.  That will be a complete pain in the derriere so I'll probably pass in all honesty.  A shame.

The current project is one I am very excited about.  It's Dragon's diminutive 1:72 StuG IIIG however to up it in the detail stakes I've used both Voyager's photo etch upgrade sets.  If you are contemplating a similar project a word of warning, some of these small parts are really tiny so be prepared for some squinting and swearing!  I'm building this one for Geoff Coughlin's Scale Modelling Now internet magazine.  www.scalemodellingnow.com 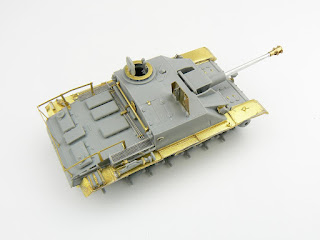 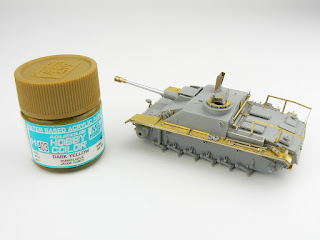 Not a huge update I know however I've got an awful lot to do in the in tray so hopefully the next update will be a smidge bigger.  Projects are piling up at the moment which is no bad thing however I do want to make a dent in the meagre stash while I have the enthusiasm.  Too often I buy something, stick it in the pile while I crack on with other stuff and then lose interest which is a bugger.  So, I'd better crack on (and Bob at MDC, the Ju-52 is moving slowly to the top of the pile mate).  Until next time chaps..........