Eduard bf 109E-1 plus armour and some work in progress

Well, the Eduard bf 109E-1 is now finished and may I say, what a kit!  It's just a stunning model and immensly enjoyable from start to finish.  This is easily the best 48th Emil on the market and runs Zvezda close for the title of best 109 kit on the market.  This model will appear in Scale Aircraft Modelling soon so I'd better not say too  much here however I think you can guess I like it........a lot! 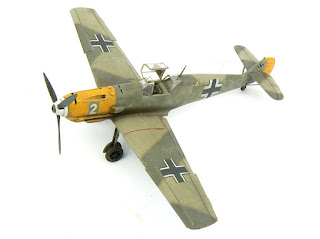 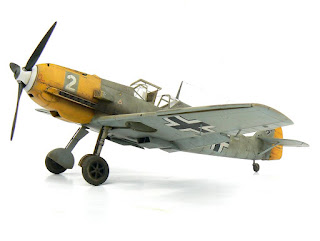 Here my latest work in progress on the aircraft side, the venerable Monogram B-17 in 1:48.  So far I've re-scribed the whole airframe and detailed the cockpit, flaps and engines with heaps of resin.  As you can see, it's almost ready for paint, I just need to finish off the cowlings and the the glazing which will be vac formed. 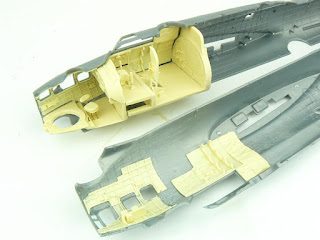 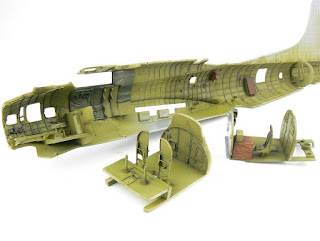 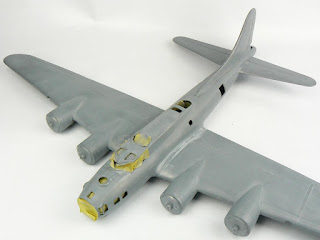 Now the armour bit.  First off a finished project from Geoff Coughlin's www.scalemodellingnow.com internet magazine.  It's the stunning Dragon M4A3 105 Sherman in 1:72, now this is another stunning kit and the detail for 1:72 is just stunning.  The kit comes with photo etch and DS styrene tracks which are so fine I actually had trouble with the Mr cement S (my glue of choice) melting the small attachments.

Dealing with 72nd armour is quite tricky, the weathering has to be reined in and subtlety is the key.  I hope I've made a good effort and I have a StuG III in this scale to do for Geoff next so stay tuned for that one. 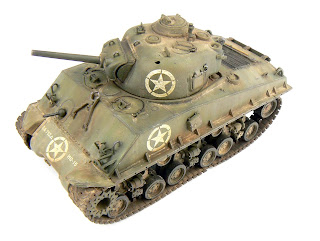 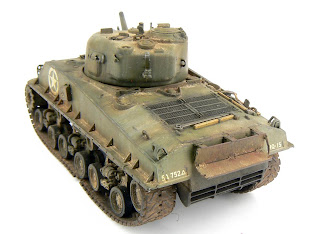 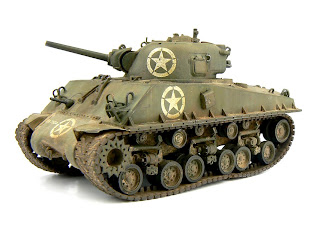 Now for a sneak preview of my latest model, Tamiya's JS-2 in 1:35.  I've had this one in the stash for a little while now and I finally pulled it out the other day.  I've chucked an Aber photo etch set and turned aluminium barrel at it not to mention a Mig Productions etched Shurzen armour set and resin fuel tanks plus some Fruil tracks.

Work is well underway however I'm doing the most tedious bit at the moment namely chipping.  As you can see with the photos I'm well under way and the first layer of chipping is done.  Tonight (Monday 23rd) I started the bare metal chips, usually I'll use Vallejo 70822 German Camo Black Brown however this time I've tried adding a bit of Red Oxide to that to make older more rusty chips.  It's seemed to have worked but I'll reveal those pictures when I'm done as if I don't like it then I'll re do them, fingers crossed it'll work first time! 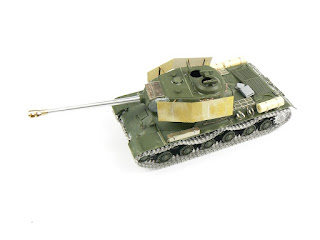 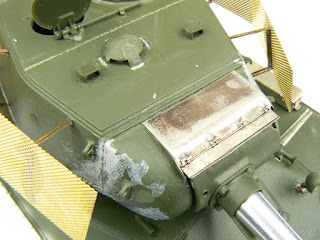 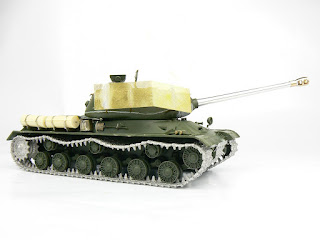 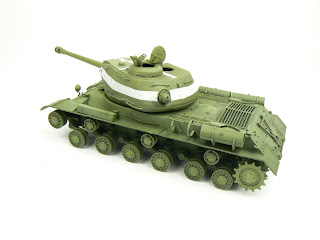 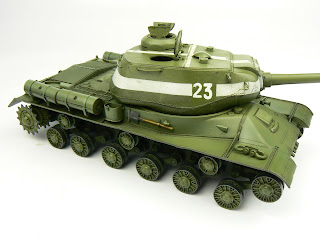 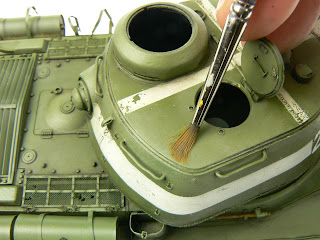 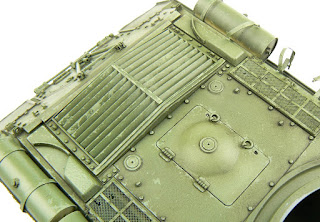 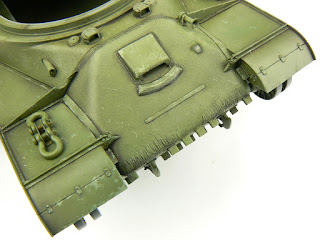 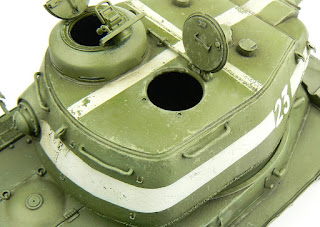 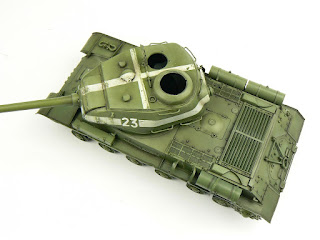 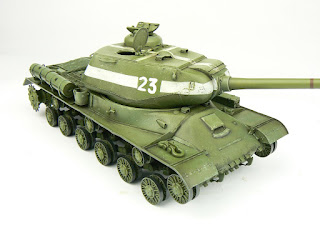 Rightyo, there we are, up to date.  You'll notice this time I've refrained from anything controversial this time which is not really like me especially as the usual suspects over on Hyperscale have been at it again regarding the Tamiya IL-2.  To be honest, I just don't have the energy or inclination this time so I'm happy to let them get over themselves on their own ;-D