I know, I know, it's been a while since my last blog update but I've been very busy at work (don't you hate it when the day job gets in the way of your hobby?).  Anyway, the hard work paid off as I am now a qualified Instrument Rating Examiner so I can award pilots their instrument ratings.  After 22 years of flying it's about time the boot was on the other foot!!

I've finally managed to finish the sublime Tasca Firefly IC which is the latest in a long line of Sherman tanks from this stable.  I've never built one before but everybody has said they are superb, and so it turned out.  I've really enjoyed building this kit and especially the weathering.  I had to modify my normal techniques here and there as Allied AFVs didn't tend to chip their paint as much as the German stuff and I wanted the weathering to be slightly more subtle.  I also didn't want a muddy vehicle so went down the dusty route, I hope I pulled it off.

Anyway, I'd love to go into detail here but this model is destined for Tamiya magazine and Marcus would probably get the right hump (and rightly so) if I spilled all the beans here.  Suffice to say it's a wonderful kit and well worth the high asking price.  It's also not quite the end of the story though as I've put together a couple of blokes and I'll be doing a base for them, it's going be something simple, I want the focus to be the tank.

Here are some of the photos. 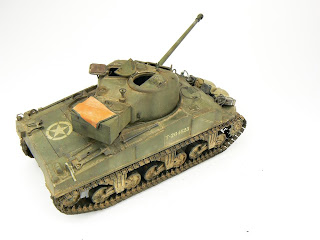 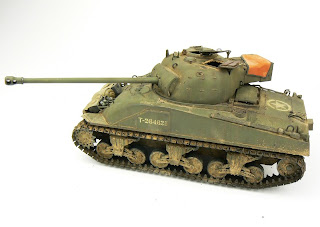 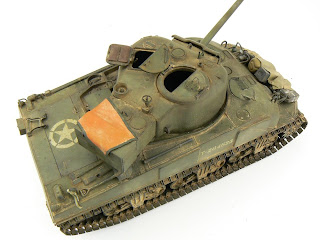 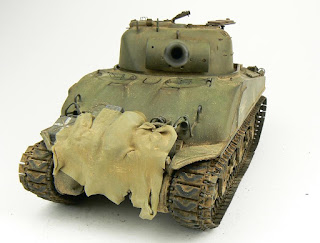 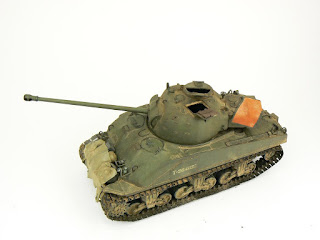 In other news, this coming weekend (8th & 9th December) I'll be attending the Belgian Scale Modellers Convention.  I've never been to a model show on the continent so I'm very excited, mind you I'll be doing some demos which is quite nerve wracking!  Anyway, if you are attending then stop by for a chat. 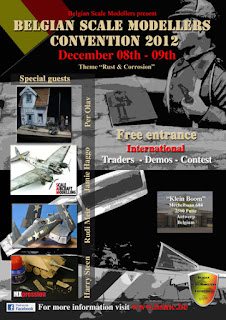 Talking of model shows, the good lady wife issued me with a pink chit for Telford, just the Sunday but seeing as I was not expecting to get any permission at all I grasped the opportunity with both hands.  Anyway, I came to the conclusion (which was pretty obvious) that one day just isn't enough.  I spent the whole day chatting (it took over an hour to go for a wee once) and didn't see a lot and spent even less.  Anyway, for me the social side is what it's all about so I had a great time and even won a couple of things in the competition which was a nice bonus.  Once again I thought there were some baffling decisions, especially in the armour side of things but until they get in the very best modellers to judge I'm afraid it will always be so.  I banged on and on about this last year so I won't bore you with the same old blah again!

That's just about it for this installment.  I'll be doing another step by step series on my next model which will be fun and hopefully well received.  I had a lot of feedback when I did this last time with the Hasegawa B5N2 Kate model and hopefully this next project will be just a successful, I just need to make up my mind what it will be!!!!