I hope you all had a very nice Christmas day and the big man brought you what you wanted.  To be honest, I'm yet to receive my modelling moral package as we travel to the inlaws the day after tomorrow.  I got some really nice "civilian" presents though, a North Face jacket and a posh coffee machine were the highlights.

I've managed to snatch a few hours in the cave so I thought I'd bring you up to date on the projects before I shoot off down south with the family for a few days.

Even though I was pleased with the results of the chipping, I wanted to do some touching up.  Although using the AK Interactive Worn Effects fluid gives a measure of control, a small brush will give some really nice results.  Using a 4/0 brush and some Vallejo Steel mixed with some White to kill the shine, small bare metal chips were painted on, also, some dark green chips were painted as well to give even more depth. 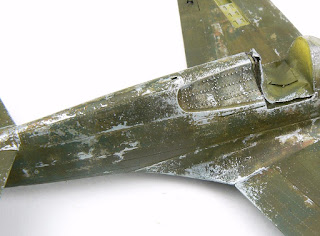 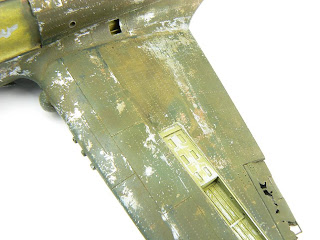 There were some white theatre markings to be applied.  The relevant areas were masked off, AKI Worn Effects sprayed on and then Tamiya Matt White.  You'll note I went a bit mad with the masking but I didn't want to risk any over spray! 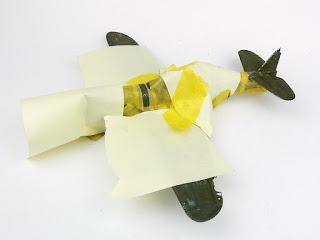 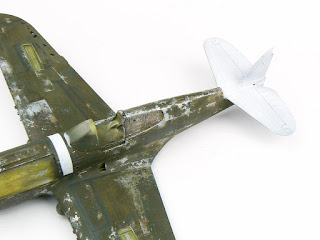 Once again, water and a stiff brush were used to remove the paint. 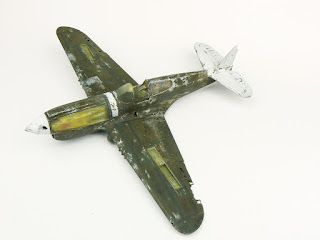 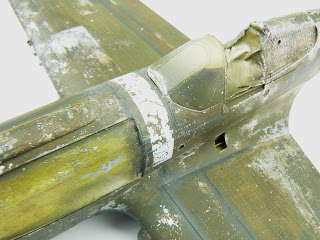 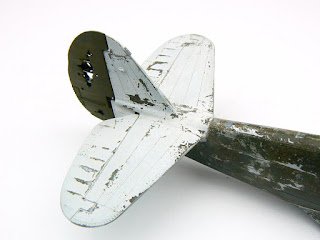 Now for the national markings.  It is important to seal the work so far with varnish or you'll risk lifting up the paint as the vinyl can be quite sticky.

I bought some custom masks from Ad Astra in Canada, Ian is very good and the masks are superb.  I think a picture says a thousand words so have a look at the photos for the order of events.  One thing I will mention is I find it helps to seal joins with Humbrol Maskol to ovoid thin ghosting lines.

Maskol was applied first for a chipping effects. 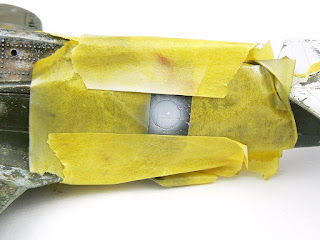 The Maskol was then removed and a thin mist sprayed over the top. 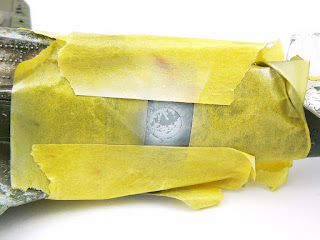 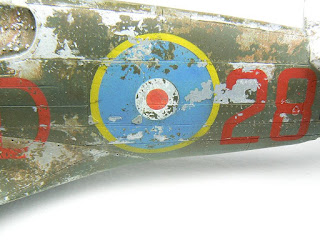 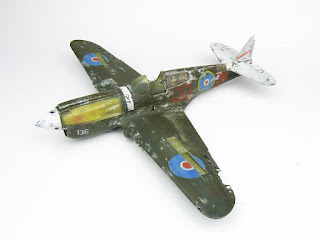 The underside roundels were left pretty much intact. 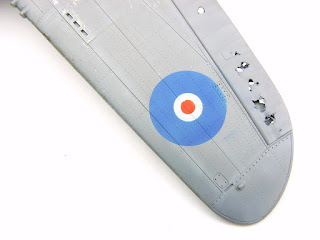 looking at original photographs, some of the panel lines seem to have been resprayed with a darker paint.  I assumed these were dark green so these were added.  Also, the windscreen has been glued inplace as has the rear quarter light bracing strips. 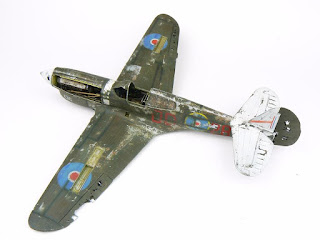 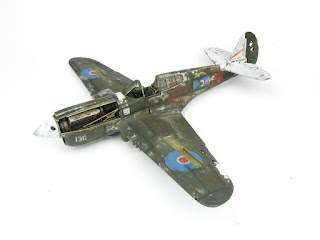 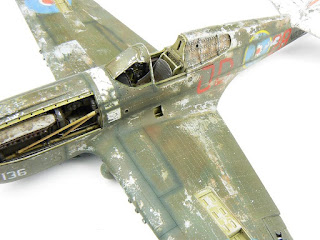 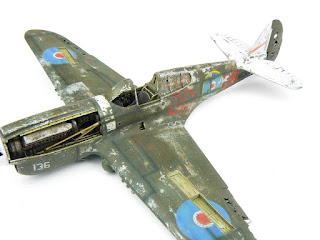 And that's where we are at present.  When I get back from the break I'll be starting on the oils and filters.  So until then enjoy the rest of the holidays and I'll see you soon.