Poking them with a stick


I love internet modelling forums; they educate, inspire and I enjoy contributing but sometimes they make me put my head in my hands and weep at just how some people conduct themselves on them.  I guess its the anonymity of sitting in your bedroom (in the house you still live in with your mum despite being a grown man in your 50's) and never having seen a naked lady in real life that makes these guys unleash complete and utter bollocks!  The Eduard 109 probably generated every modelling cliché going from spurious red lines on dodgy photos (a particular favourite of mine), ill informed rumour spreading, self appointed experts talking nonsense, petty arguments over nothing owing to wounded egos and so on.  Plus it wouldn't be forum twattery without a certain member of Hyperscale with the self appointed nickname alluding to his egotistical and spurious patriarchal role on the board wading in.  I'll say it now; this annoys me so I go on there and purposely poke them with a stick.  It really is great fun and I enjoy a little sabre rattling as one thing I can't stand is grown men arguing over a little plastic model aeroplane.  Gentlemen, it is, and you are pathetic. Take a step back and for once look at the big picture; do this correctly and you WILL see how sad and insignificant this really is.  Oh, and that bloke from Hyperscale, if you are reading this go and learn your Blackadder quotes you bell!

Ok, that rant over (we have a rantometer at work so I'd better chalk one up when I get back in on Monday) its back to the serious thing (if making little plastic aeroplanes and tanks can be serious).  I posted finished pictures of the Hunter last time but some of you eagle eyed guys will have noticed it wasn't quite done!  Oops!  Here are the finished shots (honest governor).  This model will be featured in Model Airplane International magazine in due course. 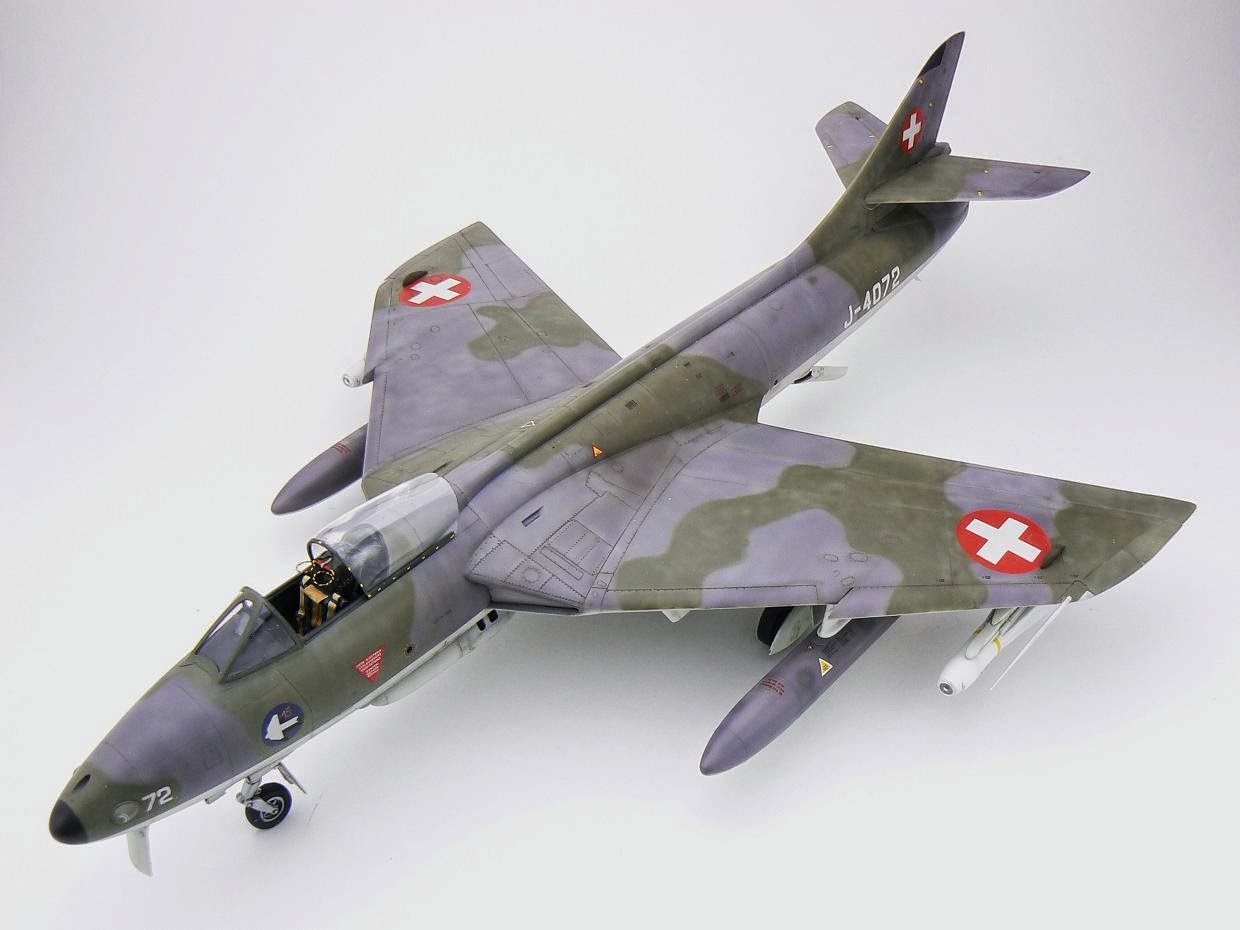 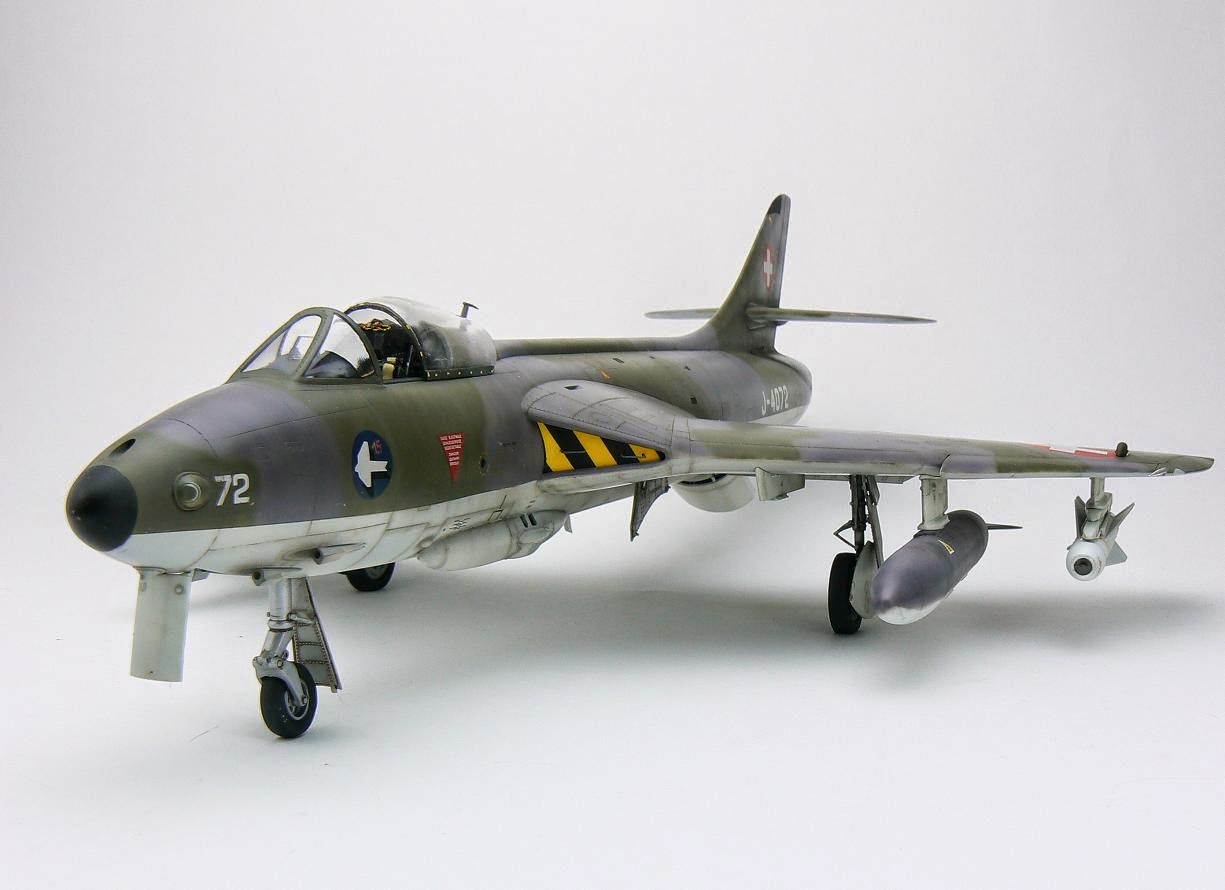 Actually, while I am talking about MAI, look out for next month's issue (July 2014) as my Monogram B-17 article is due to be published. 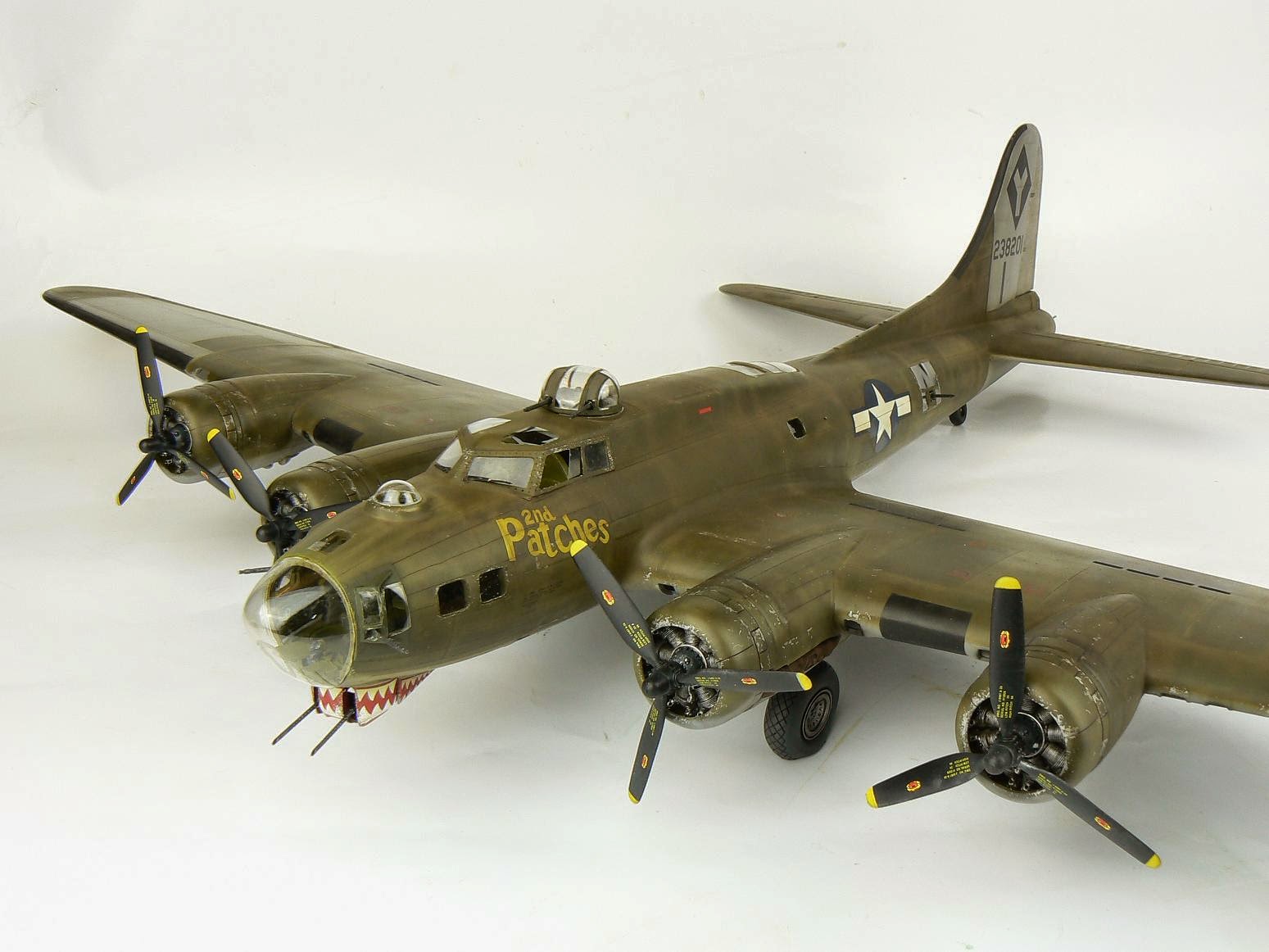 Staying with the large scale theme, here is a sneak preview of a model from my new, special, exciting project!  The focus of the project will be obvious to many, its weathering, however as you can see, that bit hasn't been started yet so here she is in her base livery!  You'll also note that I've done some extensive scratch detailing inside, I was going to button her up but there was some interesting internal weathering effects I could showcase and the kit is rather bare in this regard.  I normally don't really enjoy this bit but actually I rather enjoyed this one. 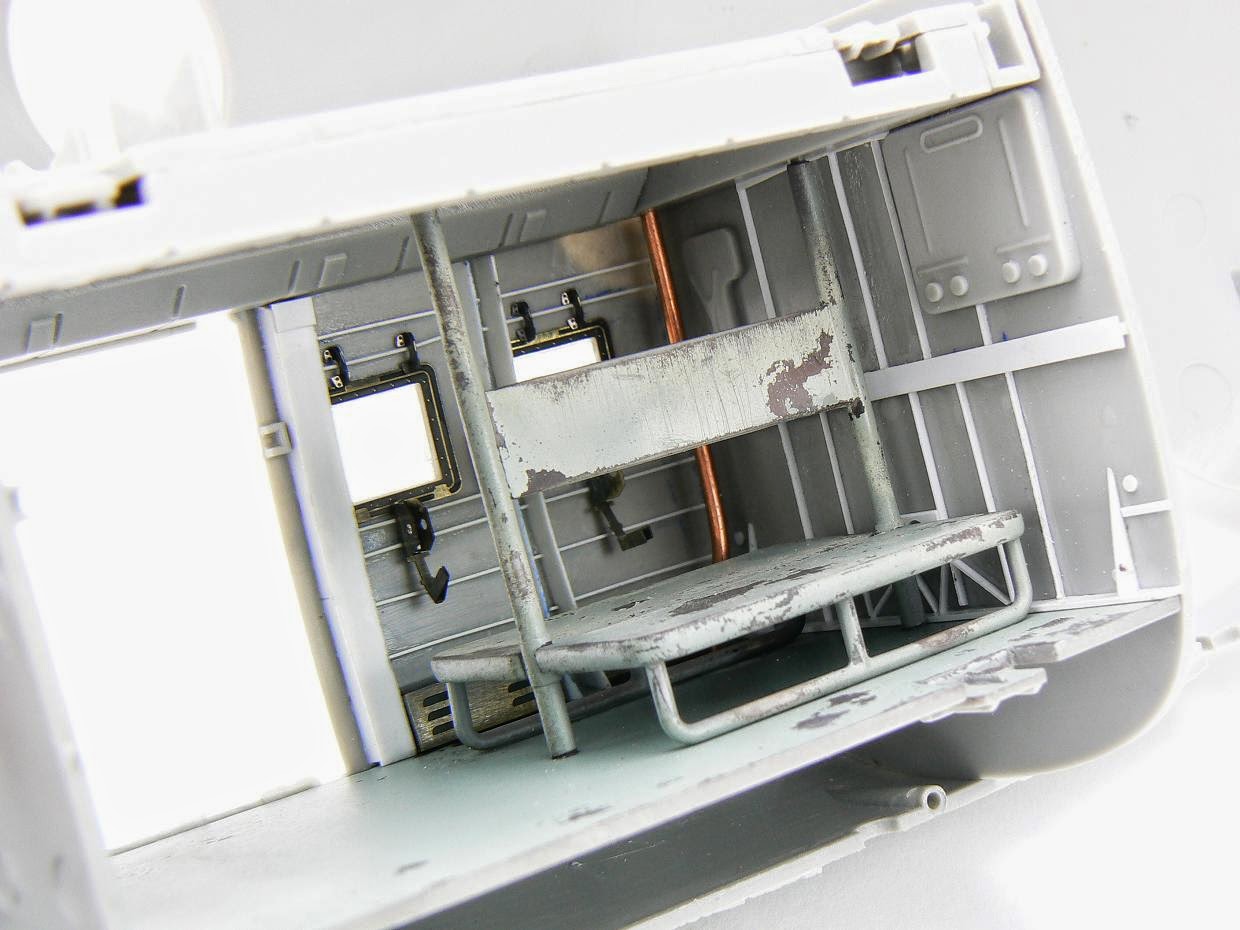 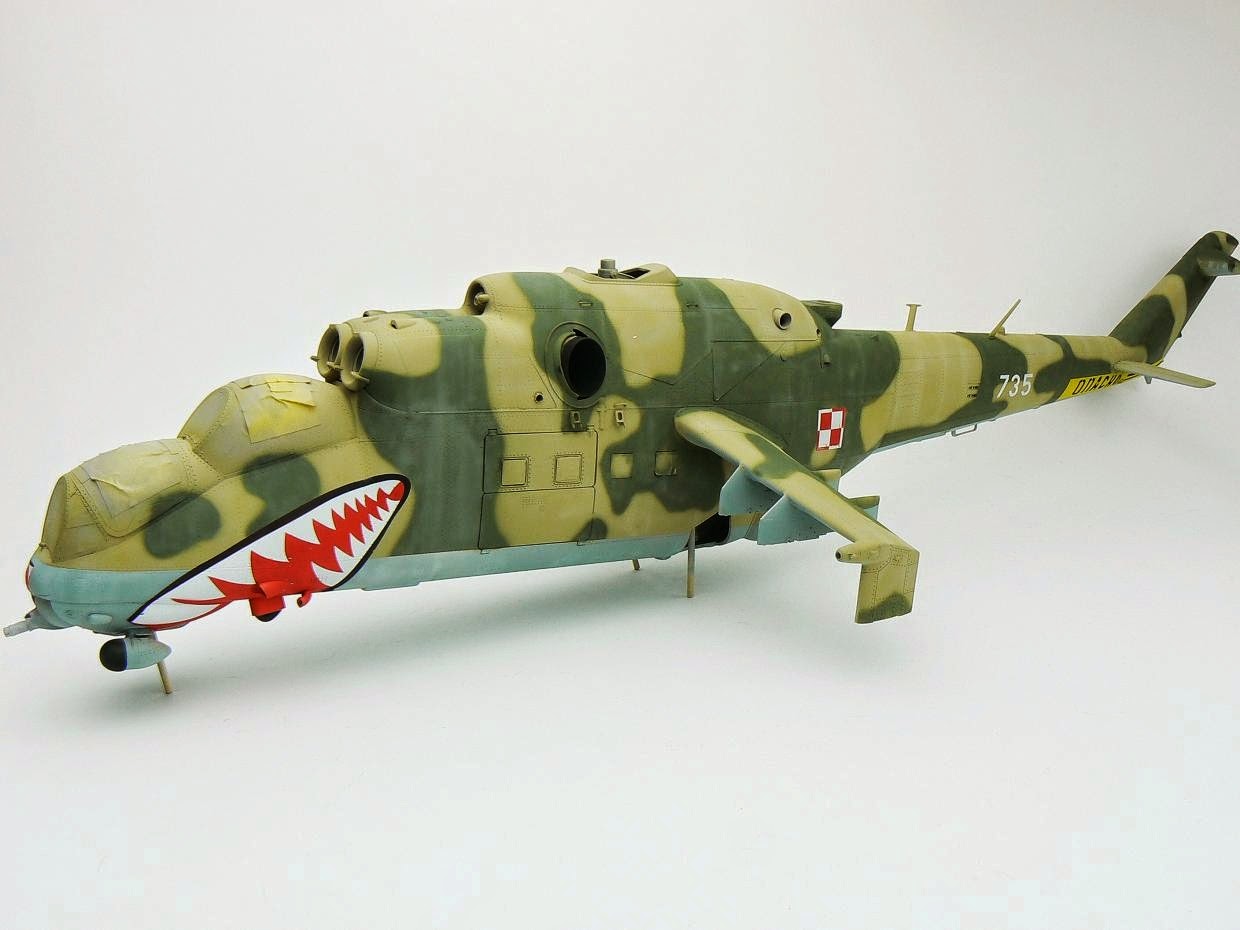 Ok, that's it for now, I'm just off to weep owing to England's lamentable performance in the world cup!  Next time I hope I can show you a sneak preview of the finished Hind along with more modelling observations.  I best check those forums!
Posted by Jamie Haggo at 02:11