Hi chaps, the Hunter is all done.  For those who don't know, this has had pretty much everything chucked at it; True Details cockpit, Eduard photo etch, Flightpath photo etch (amazing by the way), Master barrels pitot and not to mention Mal Mayfields Miracle Masks for the paint job.

Construction wasn't all that straight forward, there is a fair amount of filler around all the various nose parts and the wings and tail planes needed more than just a smear of Mr Surfacer.  One job I still have to do which I've only just realised is taking the masks off the intake FOD guards and adding the grab handles, I'll do that when I get back to the bench next week.  The chap I've built this for has asked me to ensure the stance of the gear legs is correct, I just followed the instructions and thought they looked a bit odd as they're toed in.  It should be a simple enough tweak. 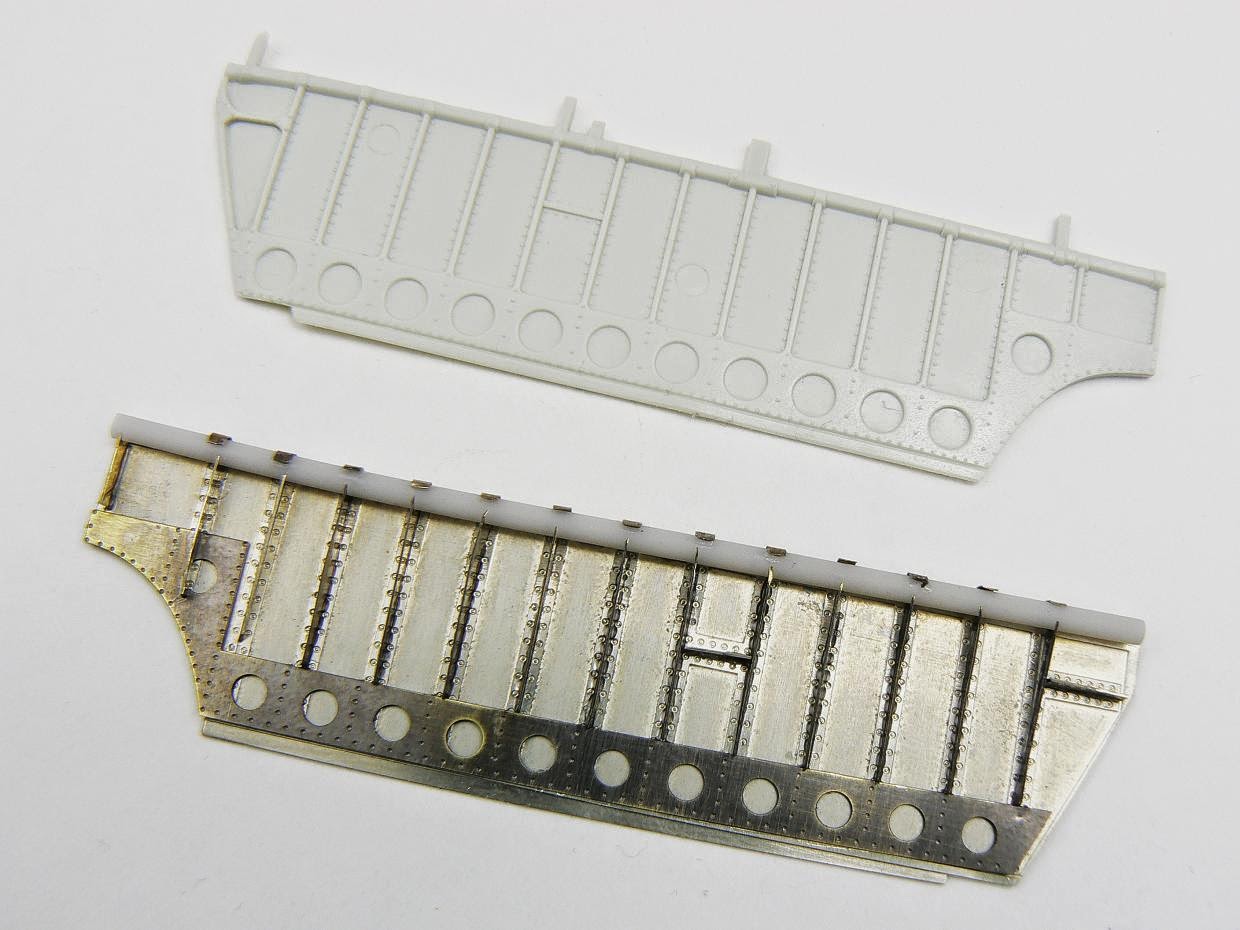 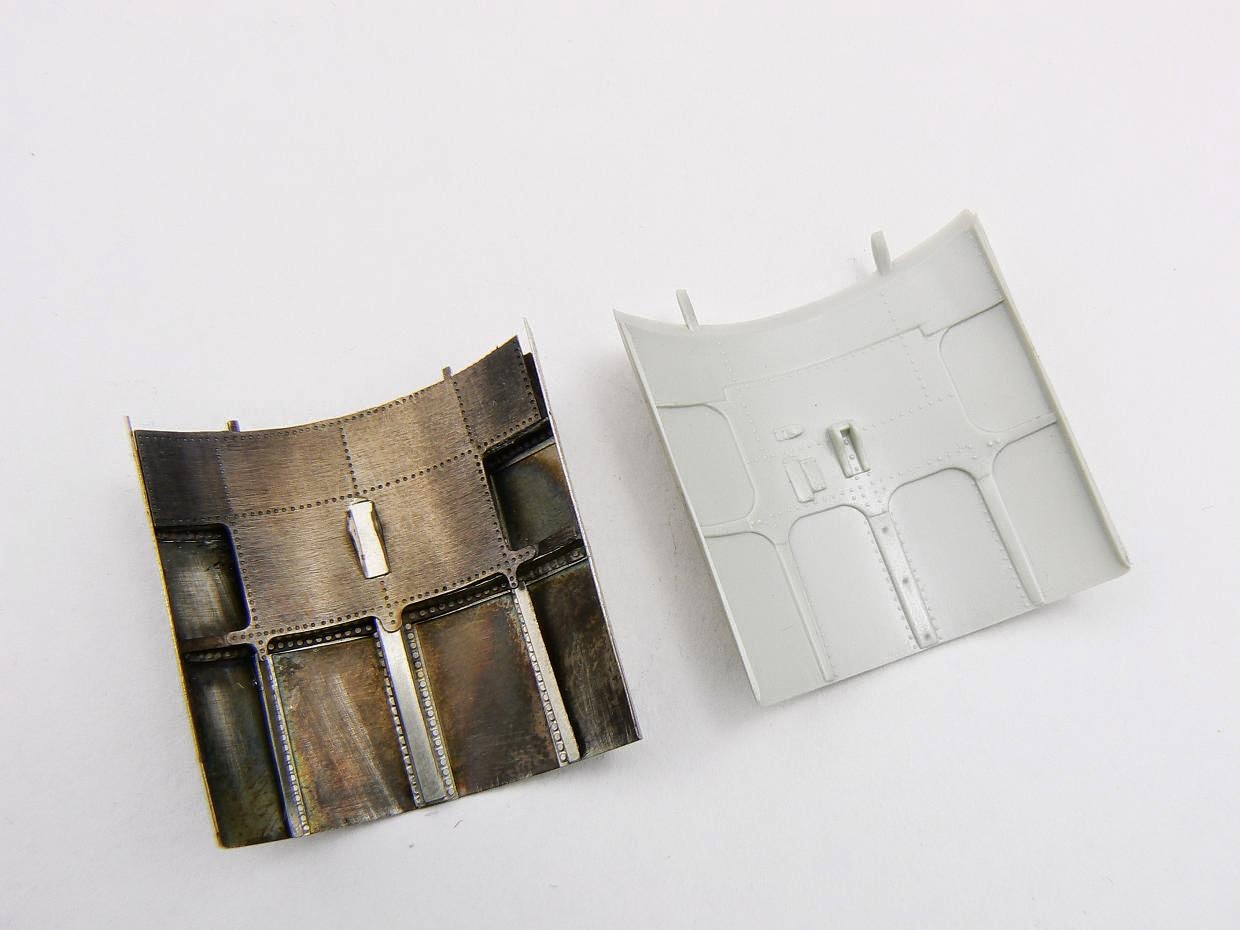 Now the the shameless plug, I've gone and used the Ammo PLW stuff again!  Honestly chaps, I know I am biased but they are great, the consistency is perfect; thin enough to be very easy to use and be drawn along by capillary action but opaque enough to be just the right opacity.  All this and tonally matched exactly for your model.  However, don't think you need to get the whole range, many will be useful for many other camouflages, on this model I used the British WW2 Bomber set and the US Navy grey set, in fact I'd say the latter is probably the most versatile if you do anything grey! 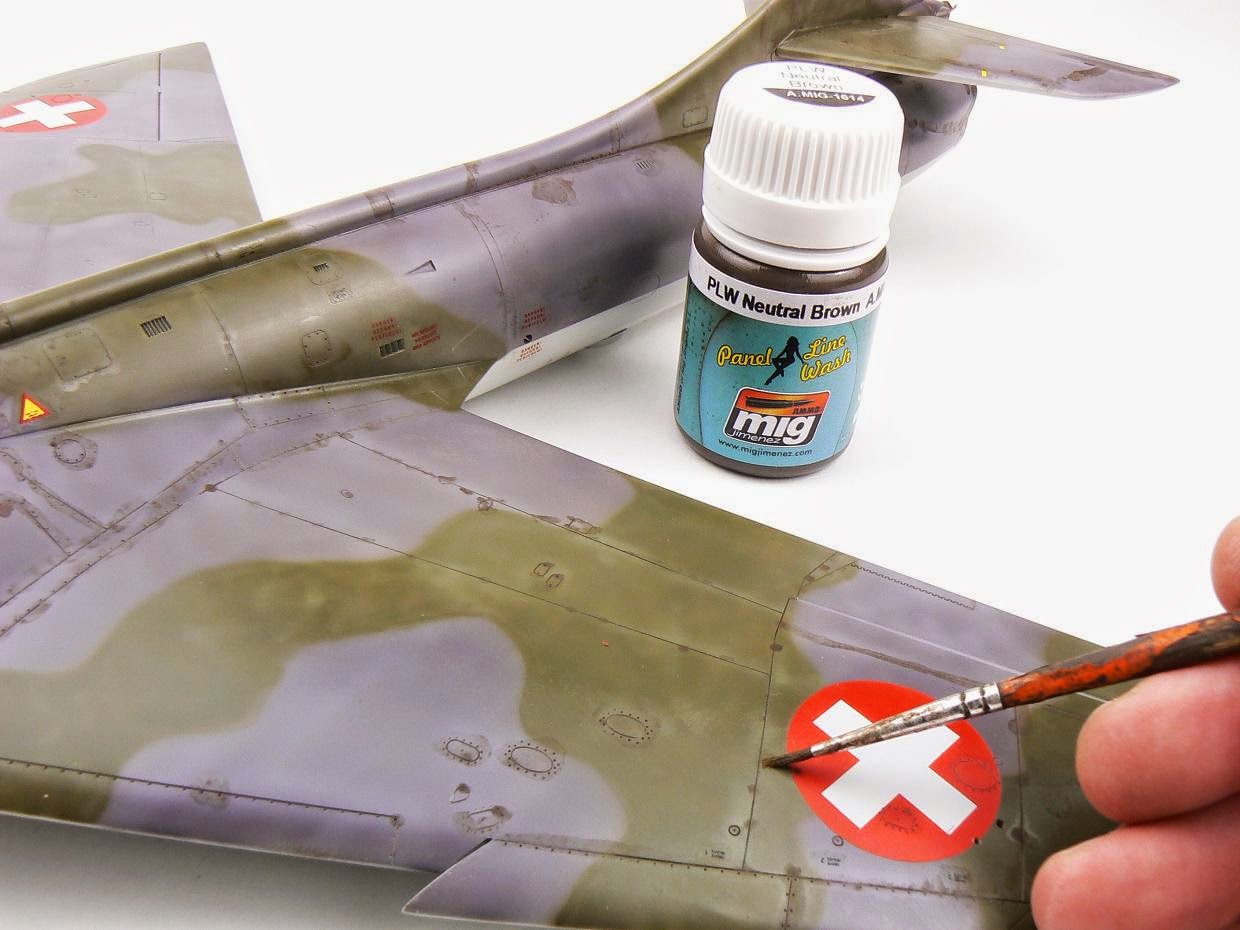 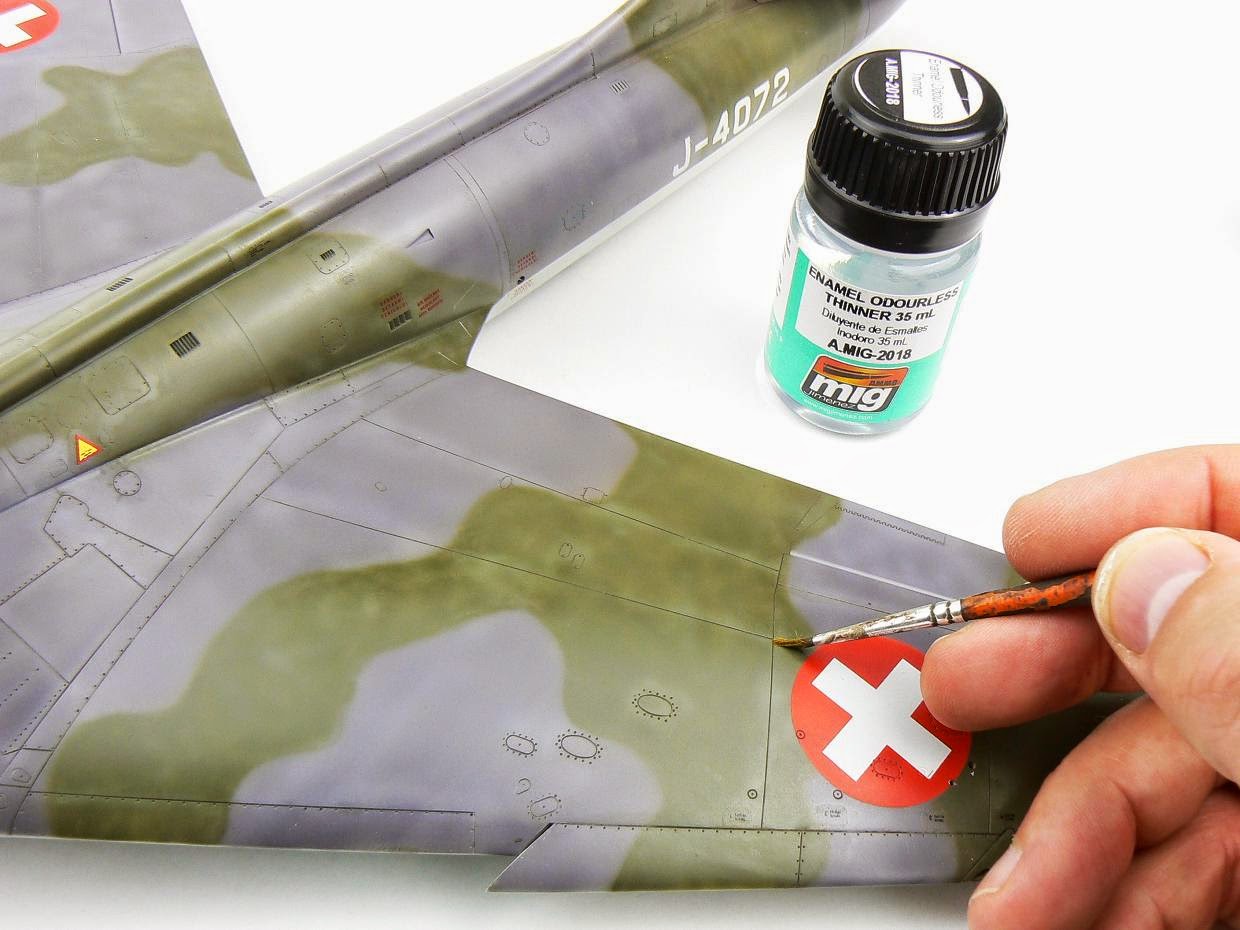 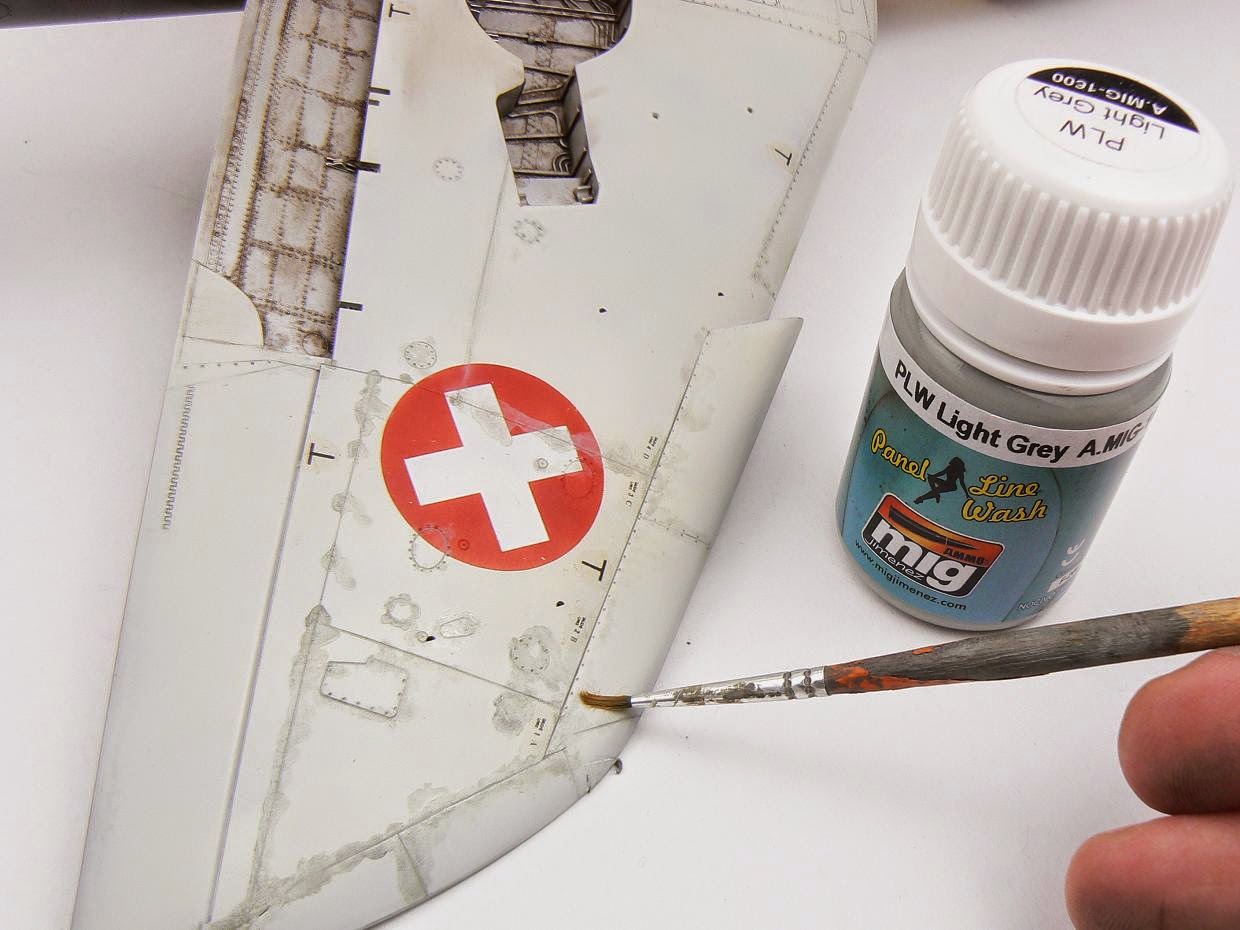 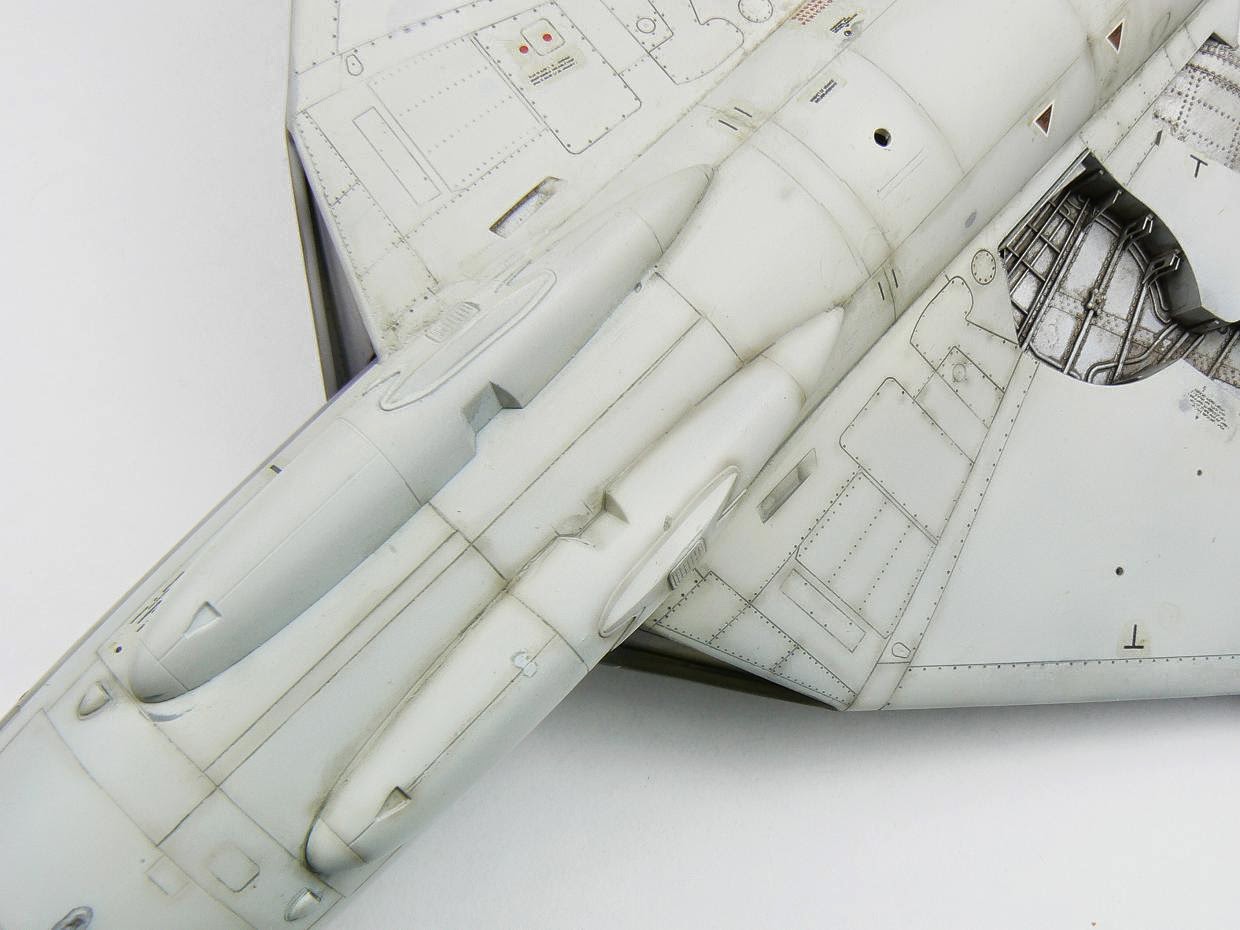 And here is the finished model (apart from those pesky FOD covers)! 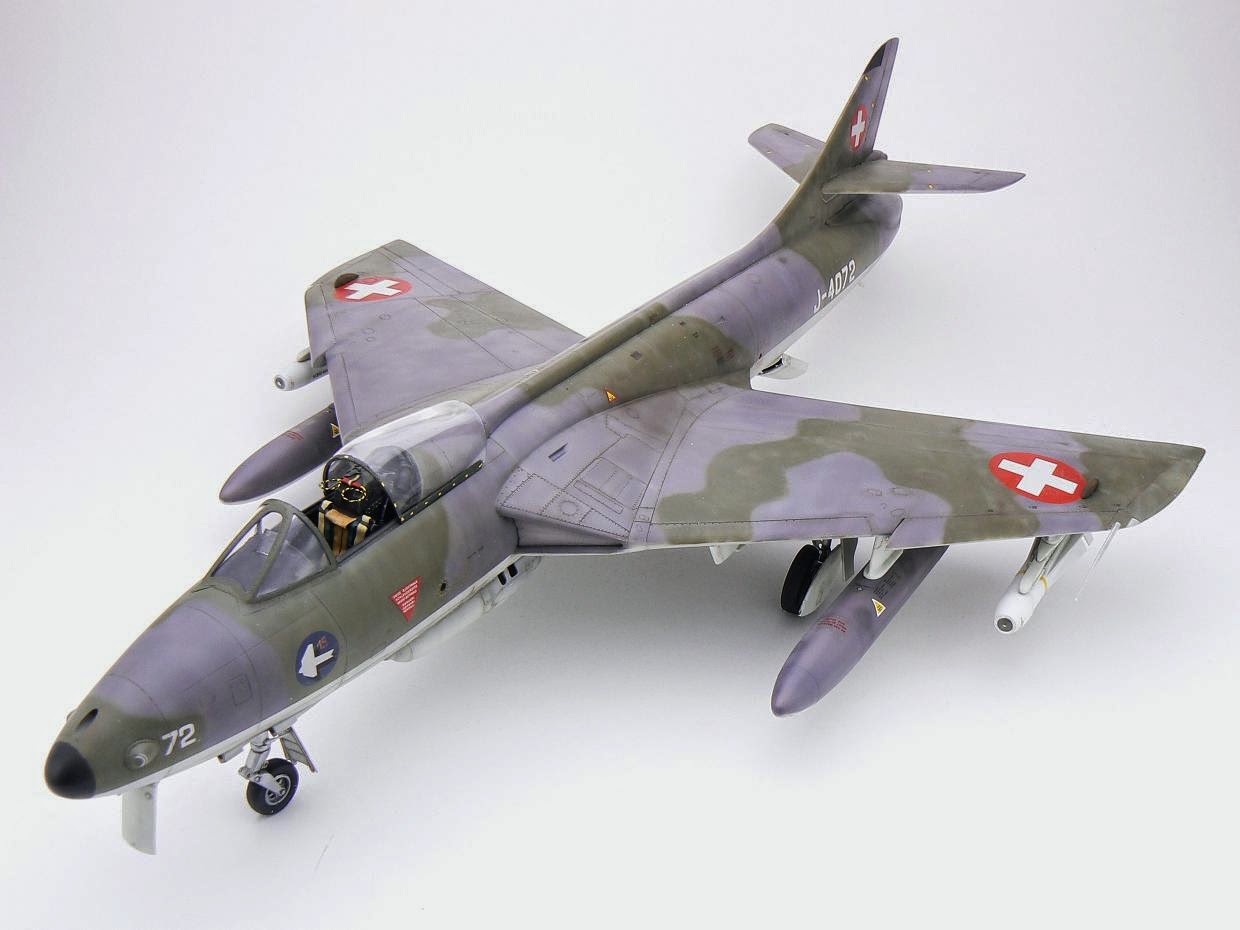 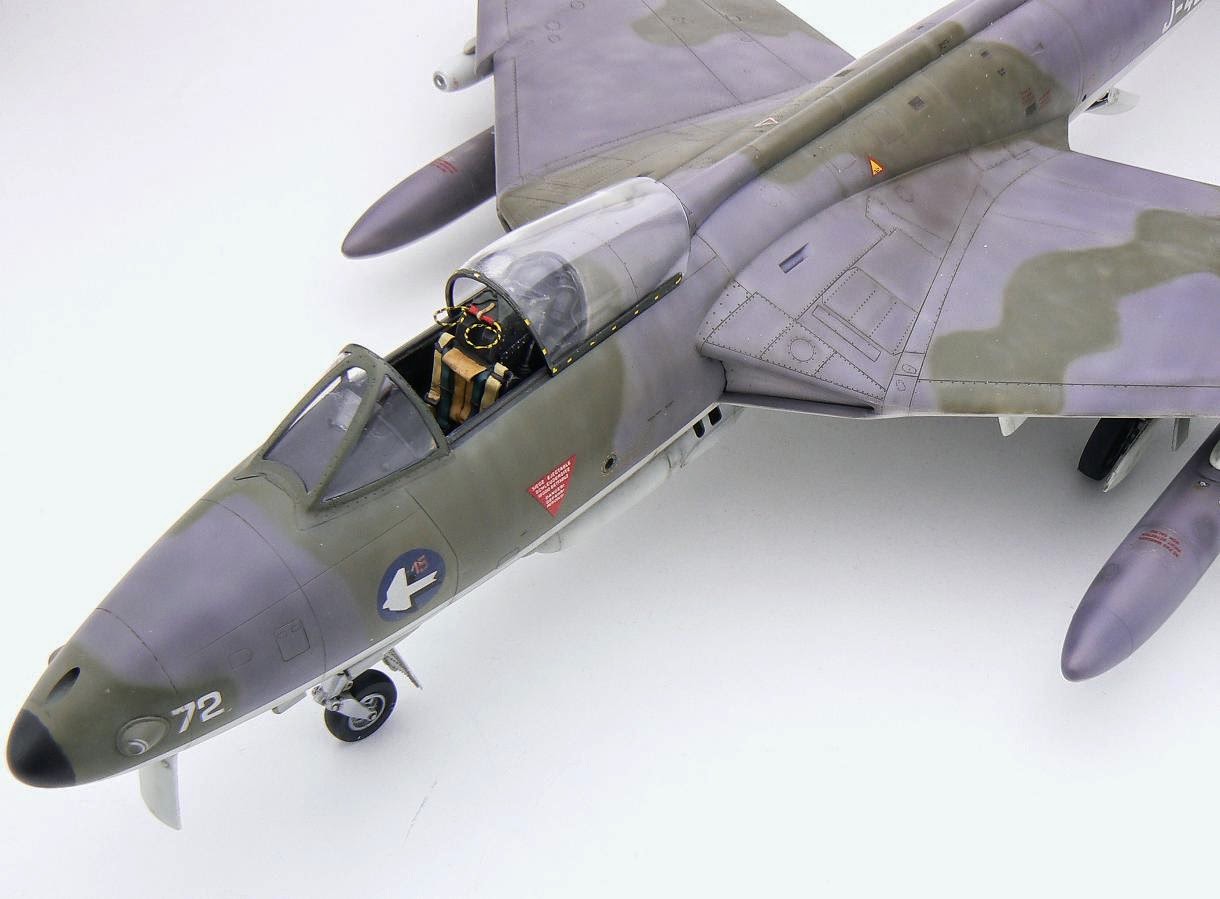 With this I can get on with my exciting projects, I can't say too much suffice to say you wait ages for a book deal to come along then you land two!  Not only that I got offered to contribute to a third!  Blimey.  I can't say too much as yet but you won't be surprised to hear they will be centred on weathering!  Please don't ask when they will be coming out as I haven't got the first clue, I haven't snipped off the first part from the first sprue from the first kit yet!  :-D  It is very exciting though and I'm really looking forward to getting my teeth stuck into them!  There should be something for everyone; early jets, cold war jets, modern jets, WW2, helicopters, in service jobs, derelict and abandoned jobs!

Talking of abandoned jobs, the issue of The Weathering Magazine I am working on is on that very subject.  I've done a couple of these already, you'll remember the Rukuhia P-40M and the Tamiya Gekko which I serialised in the blog.  Well, a slight change of tack this time, this is what I'll be doing.  I have the Hobby Boss kit (which is absolutely stunning by the way, I'm blown away by the surface detail) but at the moment I really can't decide between this lot! 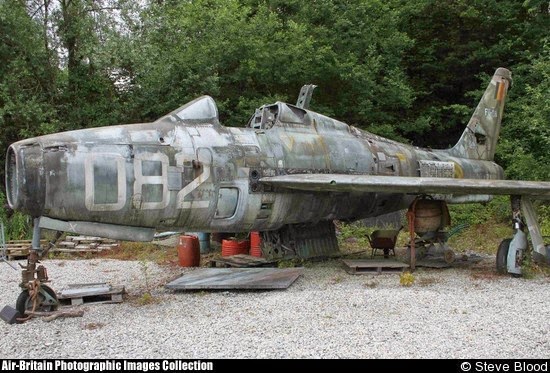 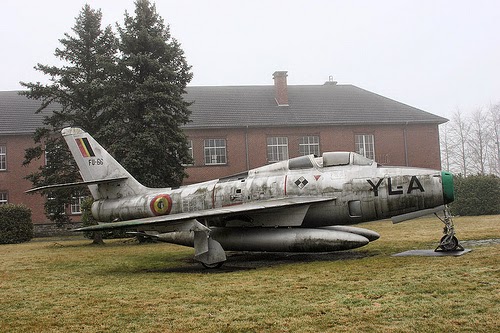 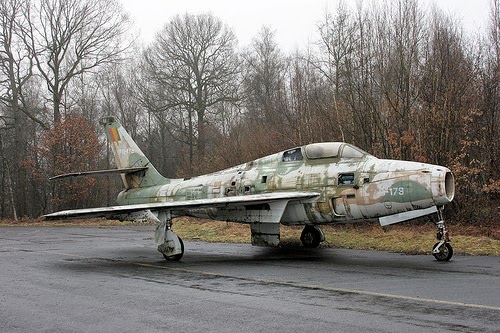 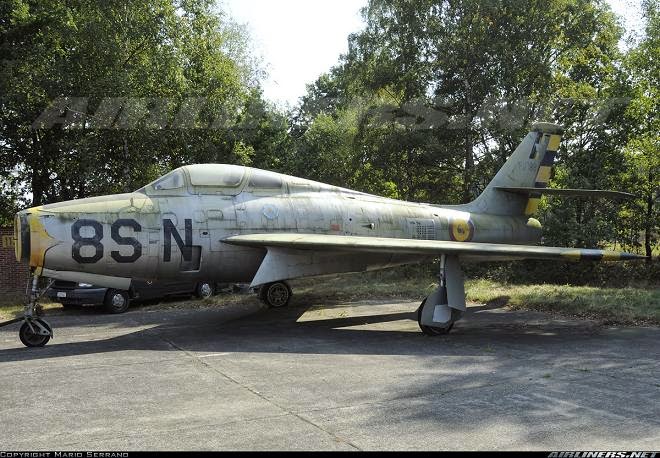 I'd better get my thinking cap on!

Talking of The Weathering Magazine, those of you who have received the latest issue I hope you enjoyed the Ju 88 and all the other models in there.  If you are a pure aircraft modeller and are put off because most articles are AFVs then don't be, I have learned so much from that sector of the hobby and I read as much as I can about other genres, that is how I have picked up so many new techniques along the way.  Anyway, the next issue is regarding Vietnam and I have 2 articles in there, the MiG-17 and the F-4B Phantom!

Ok, time to mow the lawn, wash the car and clean the rabbits' hutches!  Its a lovely day so I need to go and take advantage.  All the best and happy modelling.