Hi, and welcome back to the blog.  I've been battling away with the Academy Phantom over the last week, I say battle and that's not an understatement.  Nothing to do with Academy but I'm trying to shoe horn the Aires cockpit in there and it's fought me all the way, but more of that in a moment.

The Scale Aircraft Weathering Facebook page is growing fast, thank you to all those who have joined.  As you will see, I regularly post up reference pictures of heavily weathered aeroplanes but my library is only so big so please feel free to post your own pictures.  And not only those of the real thing, feel free to post your own models, ask questions and generally get involved, I'd love to see some more interaction on the page.

Talking of models on there, part 1 of the Tamiya Gekko is up so feel free to stop by and take a look.  Here is the finished model; 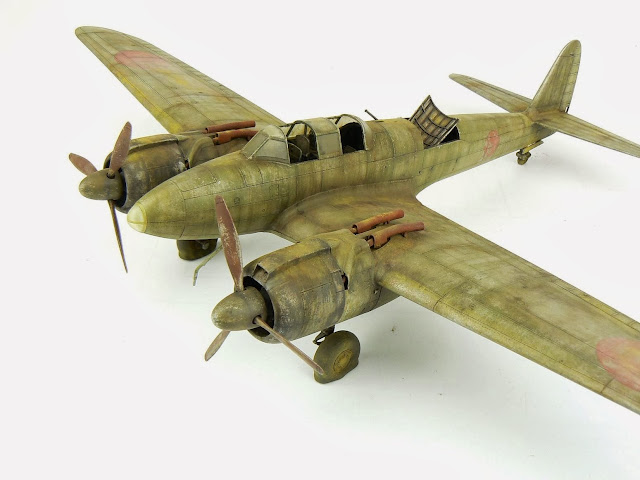 Now for the F-4.  If you remember this project is for Mig Jimenez' The Weathering Magazine so you'll have to wait until the Vietnam issue is released for the article on painting and weathering but until then I'll be showing you construction WIP bits as a taster.  The resin is highly detailed so will benefit from a careful paint job.  I did consider shaving off the raised details and using the Eduard pre painted bits, something I did on the Trumpeter F-100F but this time decided to have a go at painting them.  Following the base coat of grey, the relevant areas were painted white before the black was sprayed from directly above, this meant that there would be no over spray on the sides of the switches. 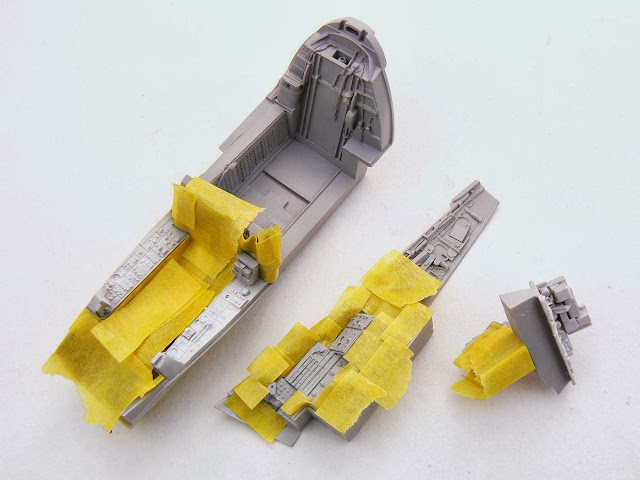 Then a Flory Models skinny sanding sponge and a scalpel blade were used to highlight the knobs and dials, they were then touched up with a fine brush.  Many switches were black or had fine white writing on them so a tiny blob of Vallejo black was placed on top. 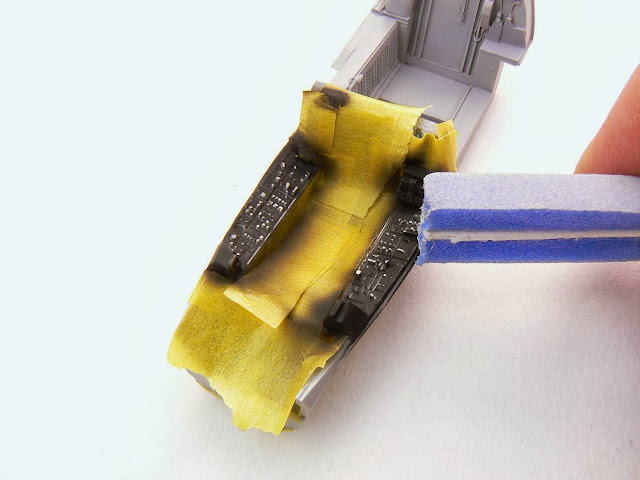 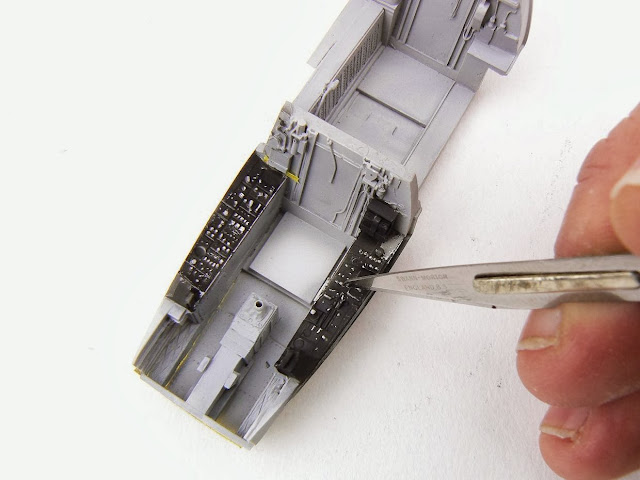 After that, a filter using diluted AK Interactive Winter Streaking Grime was applied followed by a pin wash consisting of Abteilung Shadow Brown.  Here is the finished result, I'm quite pleased with it to be honest however I do prefer the pre painted consoles so will be using those next time. 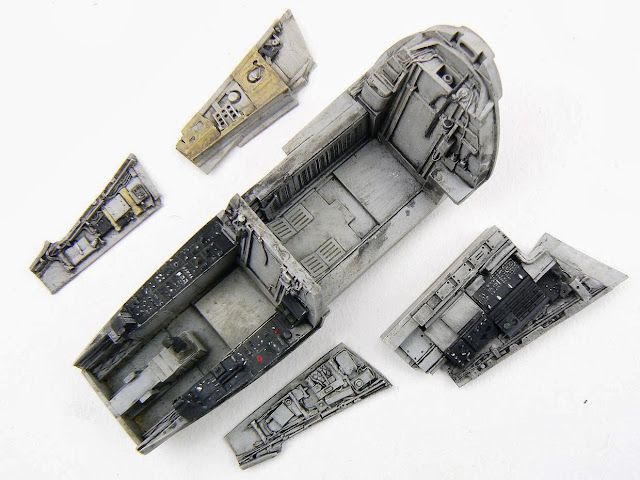 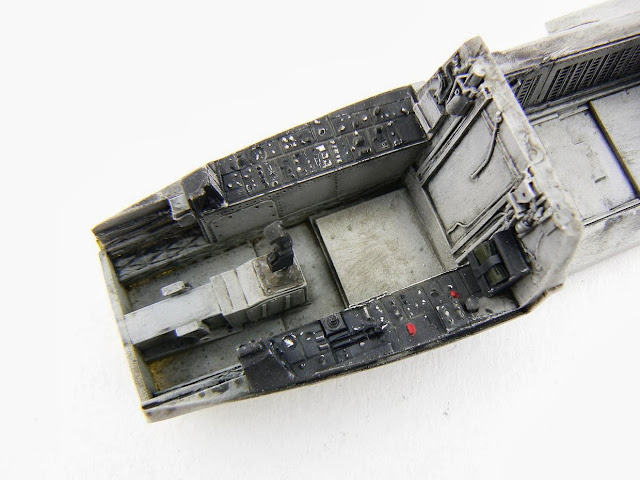 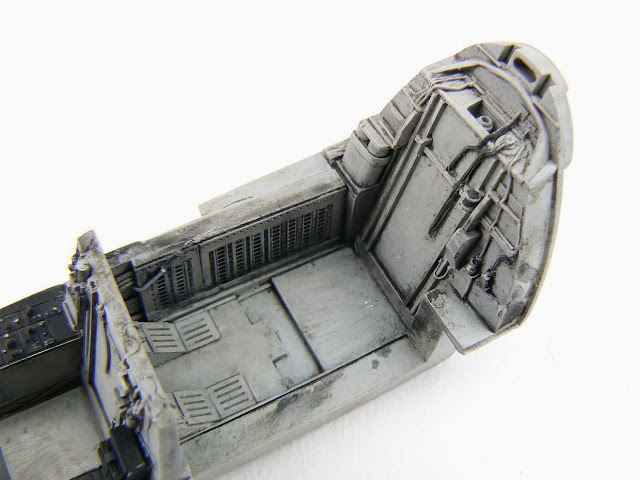 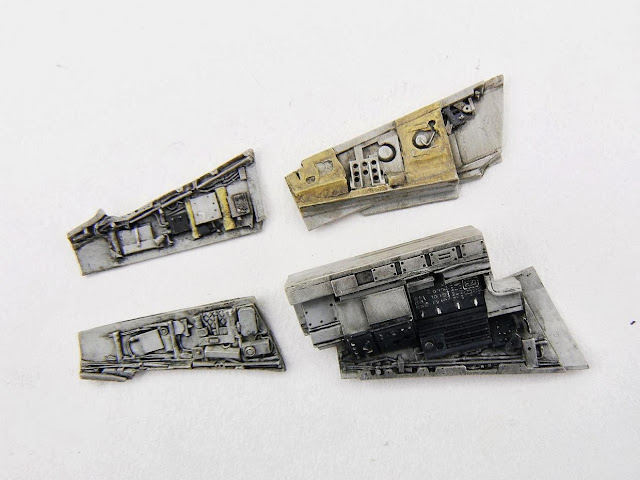 The instrument panels were a mix of Aires and the Eduard colour etch.  I know some say its cheating but I disagree, I think the results are stunning and in my mind is no different to using decals! 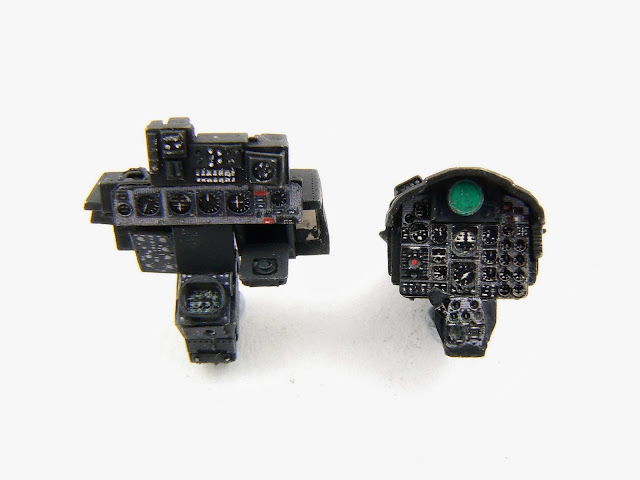 Now for the nightmare!  There are bits of the fuselage that need to be removed in order that the resin tub fits, fine, I get that.  But I didn't expect the fight, especially as the F-100F cockpit just dropped in.  ARRGGHHHHH!  Anyway, I got there in the end but its not as neat as I would like! 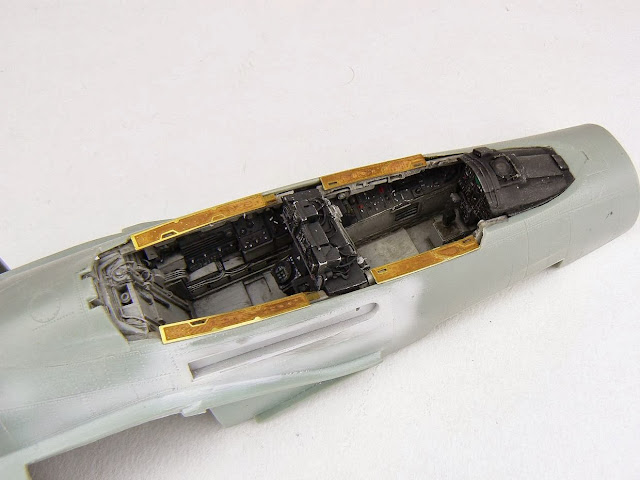 Having chopped up the fuselage I painted up the Aires resin avionics panels, even though they've come out looking really nice I wouldn't do it again, I have a repair job where I've thinned the fuselage too much! 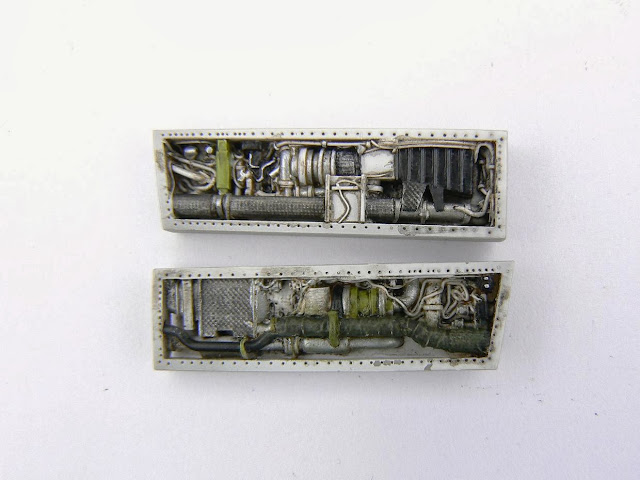 In order to facilitate the fitting of the nose wheel bay I had to scratch built the bay roof from really thin plastic card plus Archer rivets.  It was then enhanced with Eduard photo etch, note this is now a brass colour!  Much better than the plated stuff. 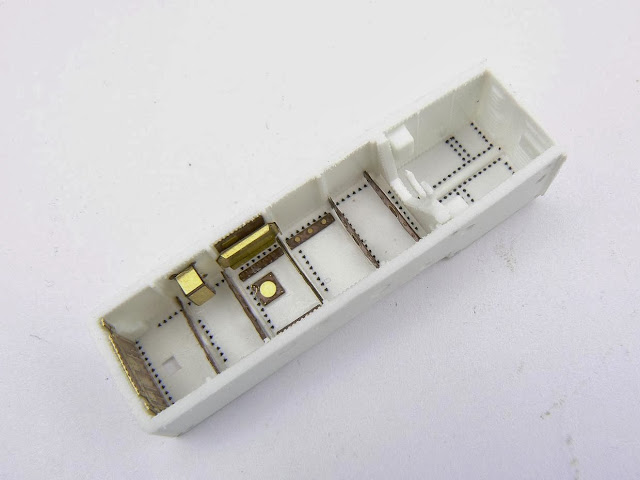 Attention then turned to the wings, the wheel bays were tarted up with more Eduard brass.  The larger parts were tarnished so I polished them with a skinny sanding stick. 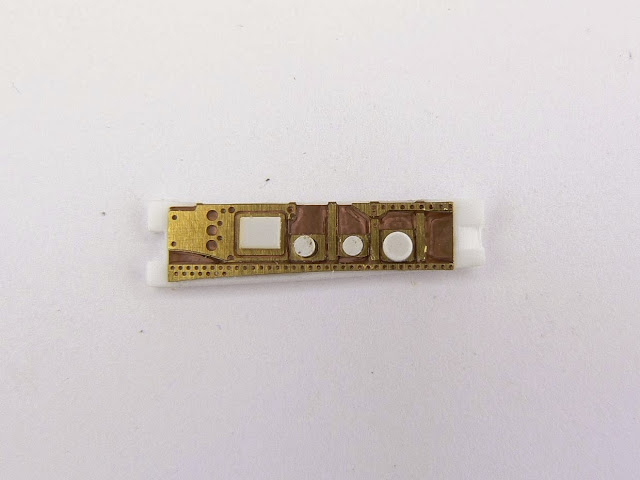 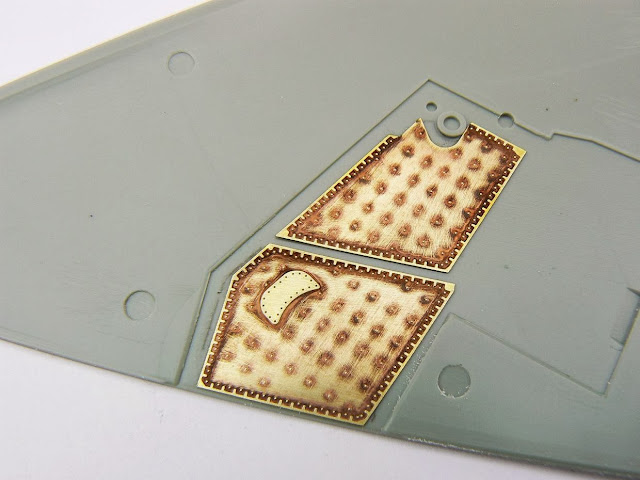 That's how things stand at the moment.  Next week I'll be putting the airframe together and hopefully I'll be getting the painting started which I am really looking forward to. 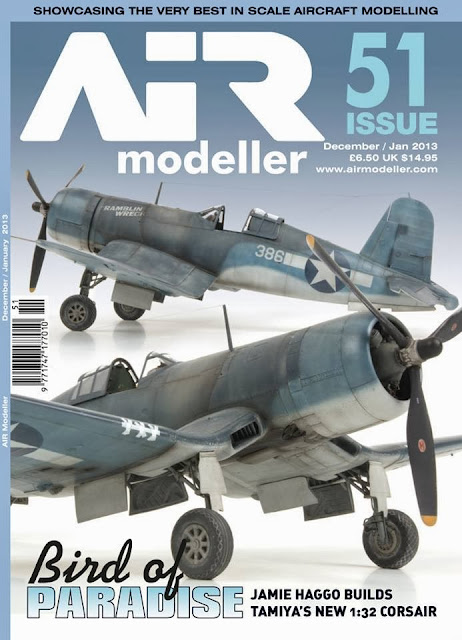 So that's it for now.  Don't forget to check out Scale Aircraft Weathering if you haven't seen it and if you have something we could all share that would be awesome.

So until next time, all the best and happy modelling.