Hi everyone, no bollocks or pre amble this time, just a quick update showcasing a couple of models I have recently finished plus a gratuitous plug!

Well, that's 2 done for 2015!  First up was the Hasegawa Fw 190D-9 in 1:32.  This had the Verlinden resin set shoe horned in.  And when I say shoe horned I mean it, but to be fair it was designed for the ancient original mouling.  For the first time I used Mr paint colour.  All I can say is WOW!  Think camouflage Alclad, they are ready to spray from the bottle and go down superbly.  You can get them from Uschi van der Rosten.  I wanted to depict an aeroplane which had been abandoned by its owners in the retreat of 1945.  A satchel charge had been used to wreck the cockpit (hence the chipping and soot etc) and some GIs had been nicking souvenirs and using the fuselage cross for some target practice.

This model will appear in the next issue of The Weathering Magazine by Mig Jimenez' Ammo. 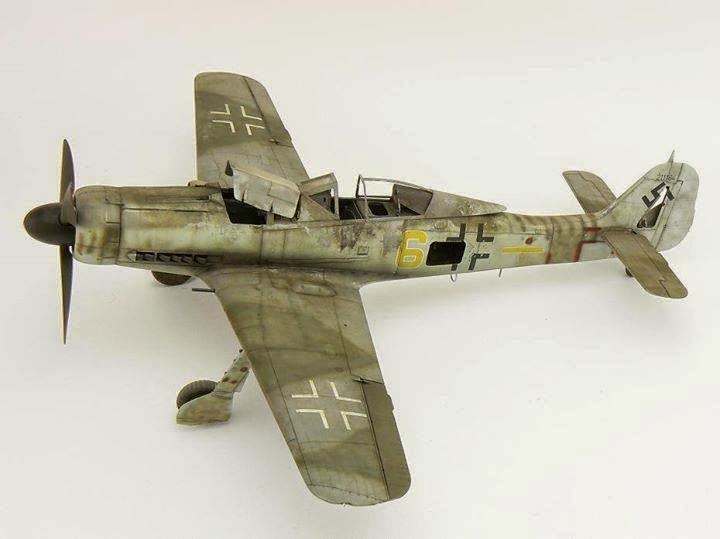 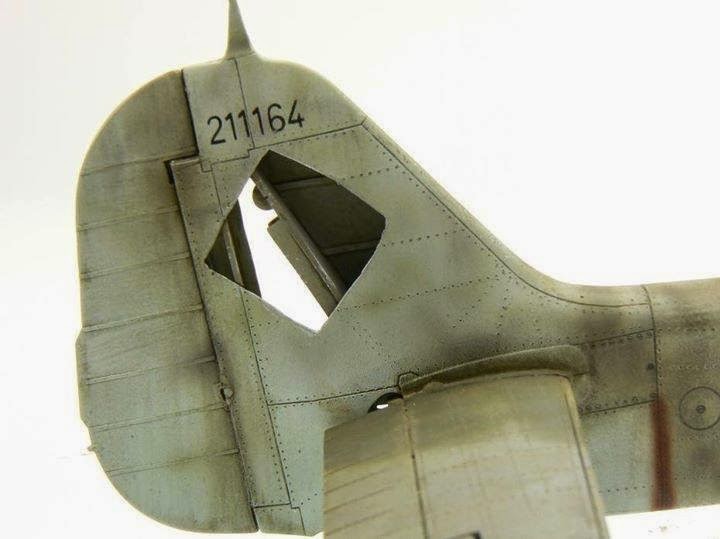 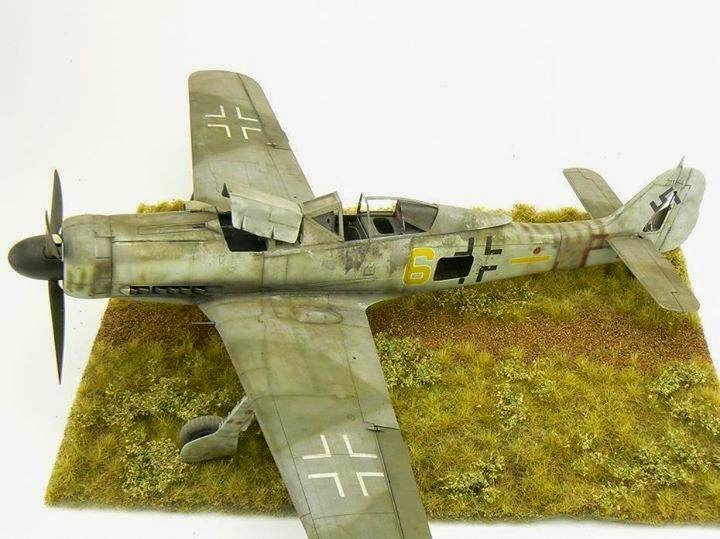 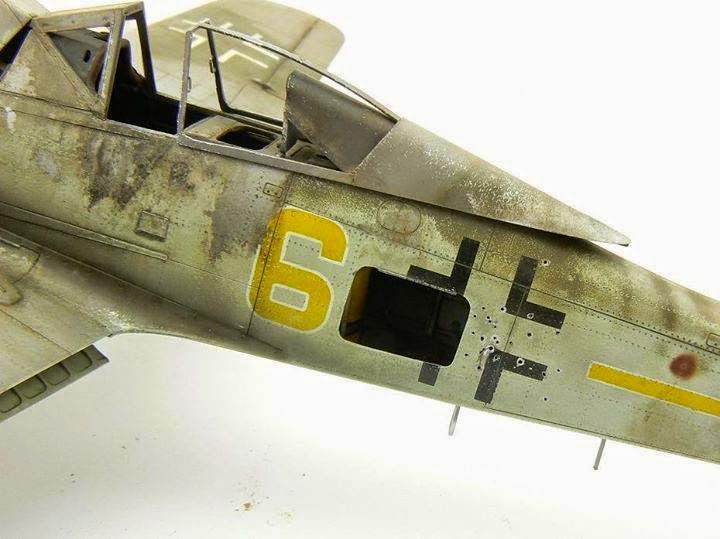 Next up is another project for Ammo.  This time it is the little 1:72 Tamiya F-16 but once again its had a load of after market thrown at it.  Eduard PE, Quickboos seat, Attack Squadron pylons and tanks plus Icarus decals (beautiful by the way).  I also converted the tail using donor parts from the Revell kit.  It's not 100% accurate but then what kit is!  It was painted with Akan paints, highly recommended.  I'm building this as part of an article with good friend Andy brown.  The challenge was to build, paint and weather the same kit so the reader can compare and contrast different modellers' approach. 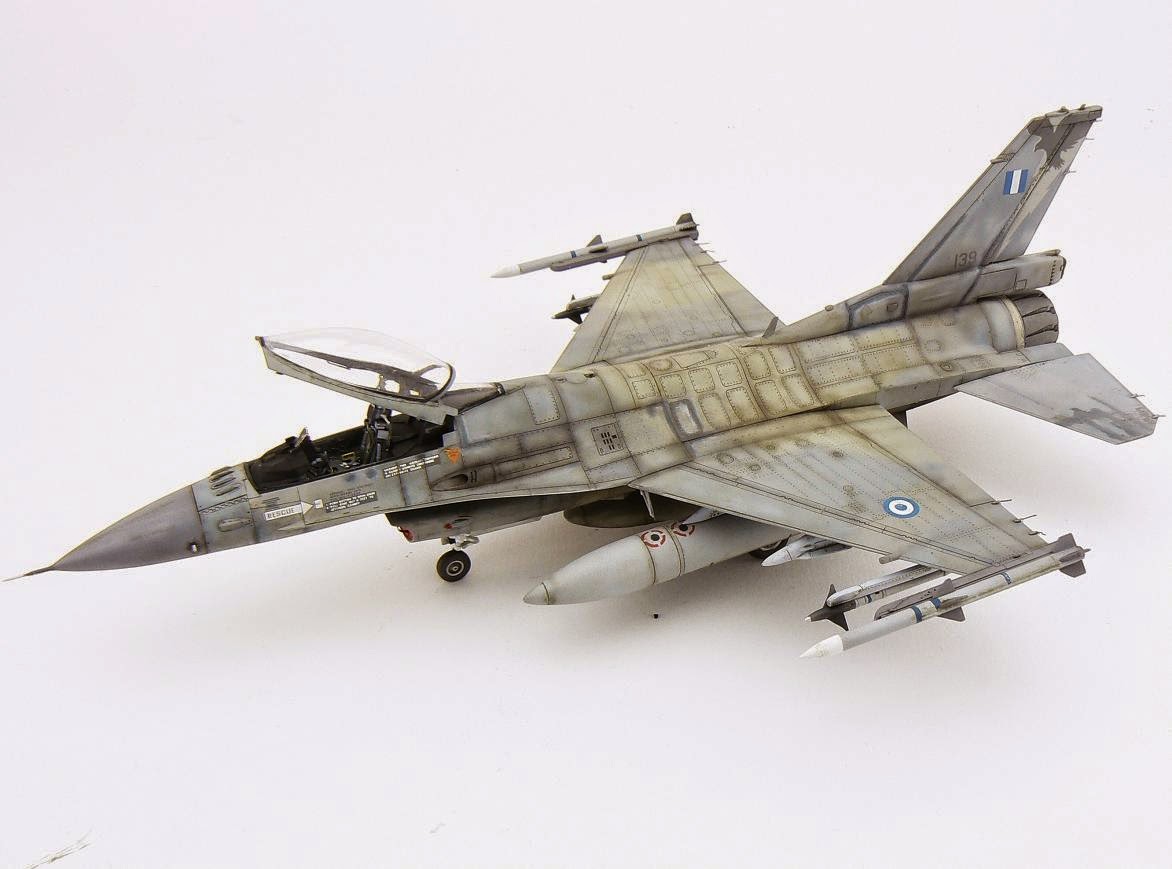 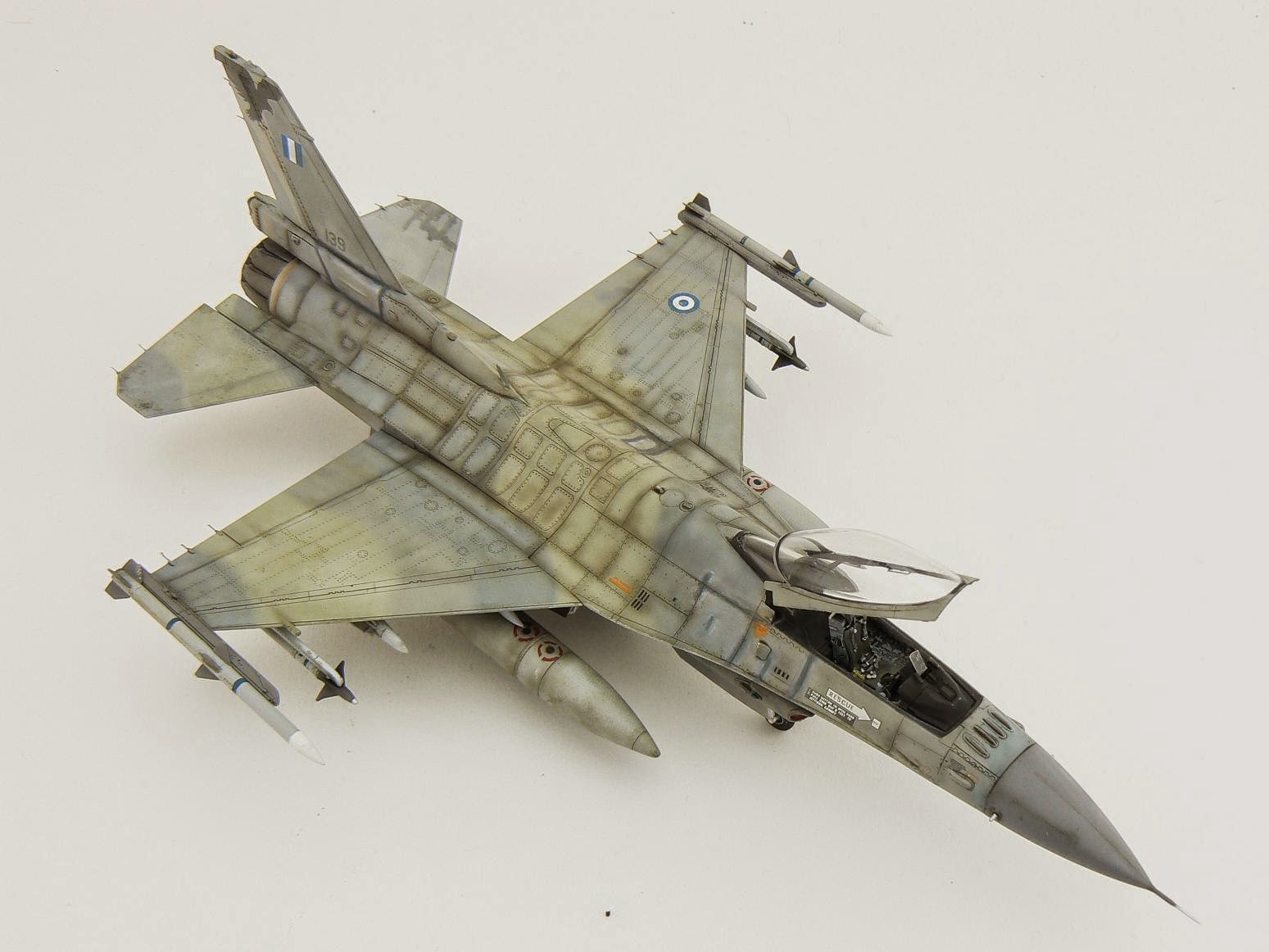 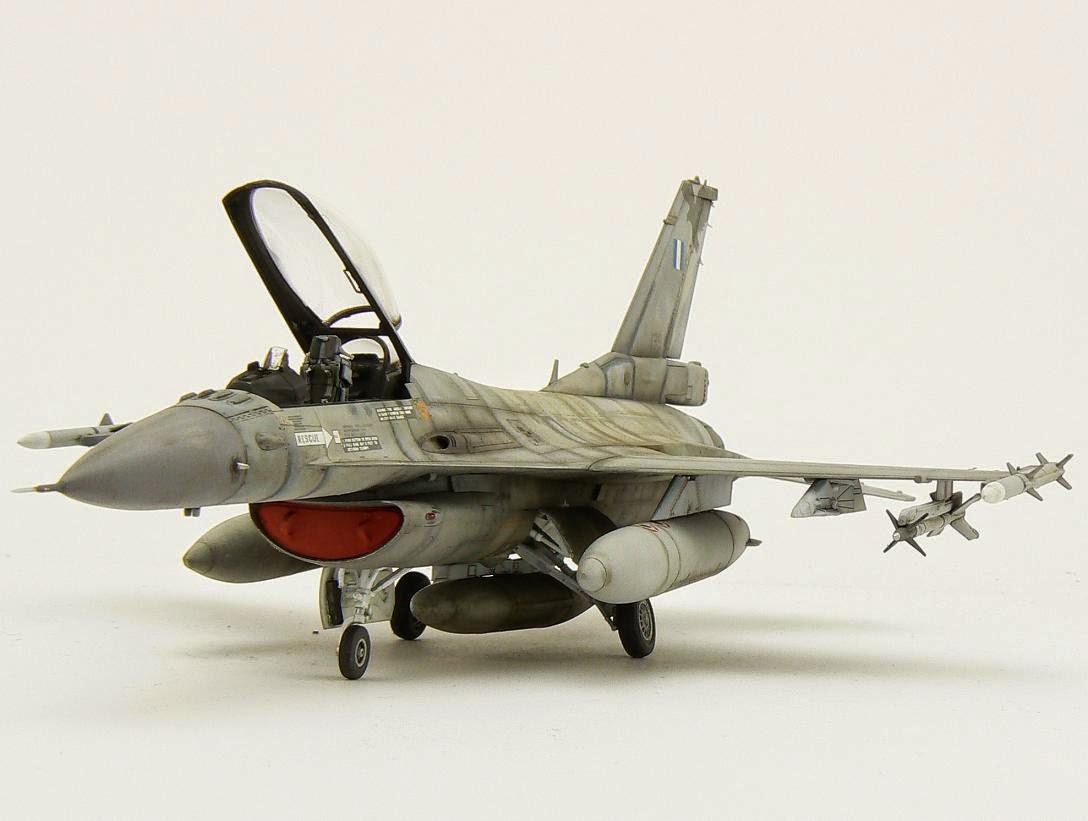 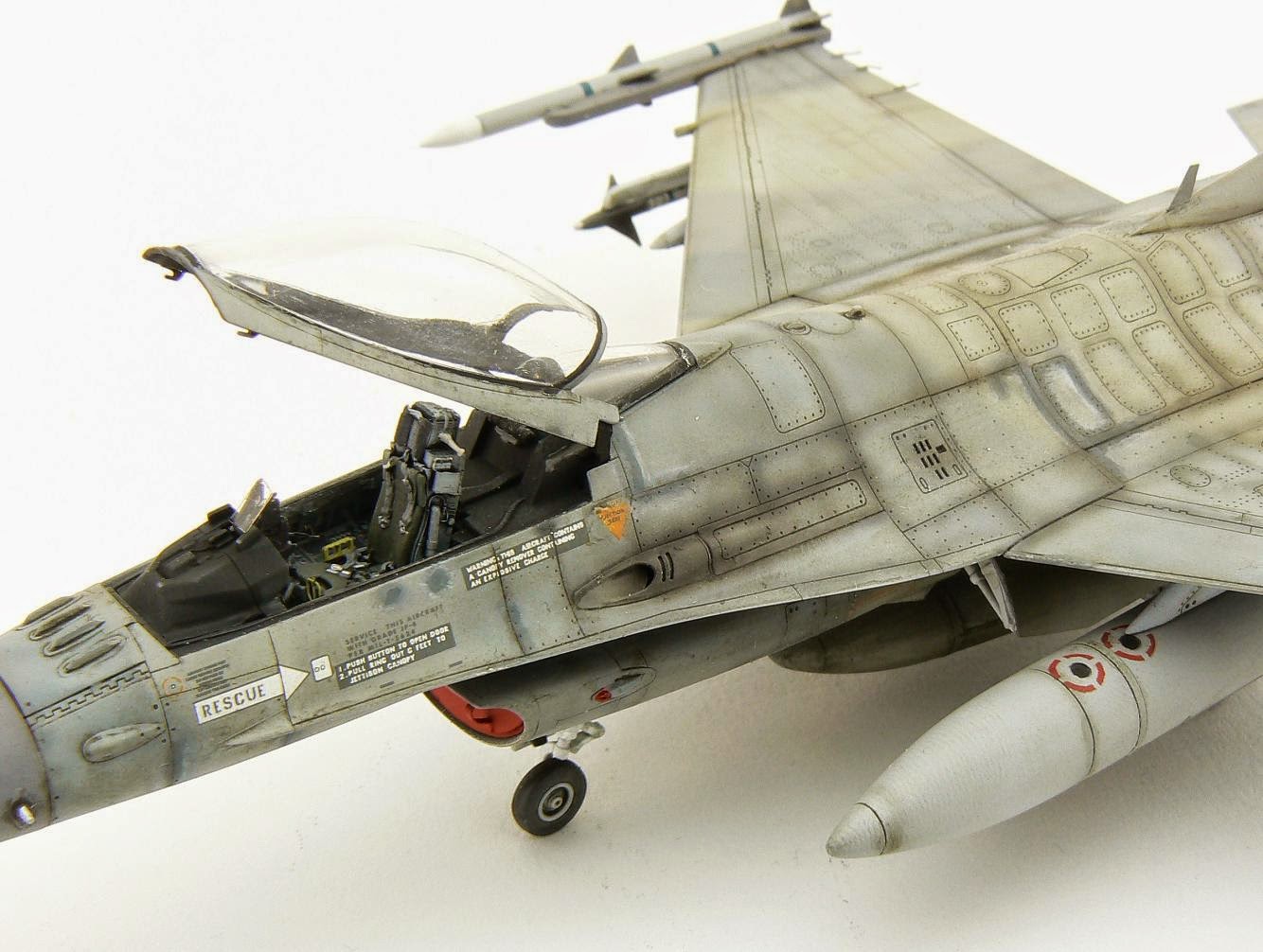 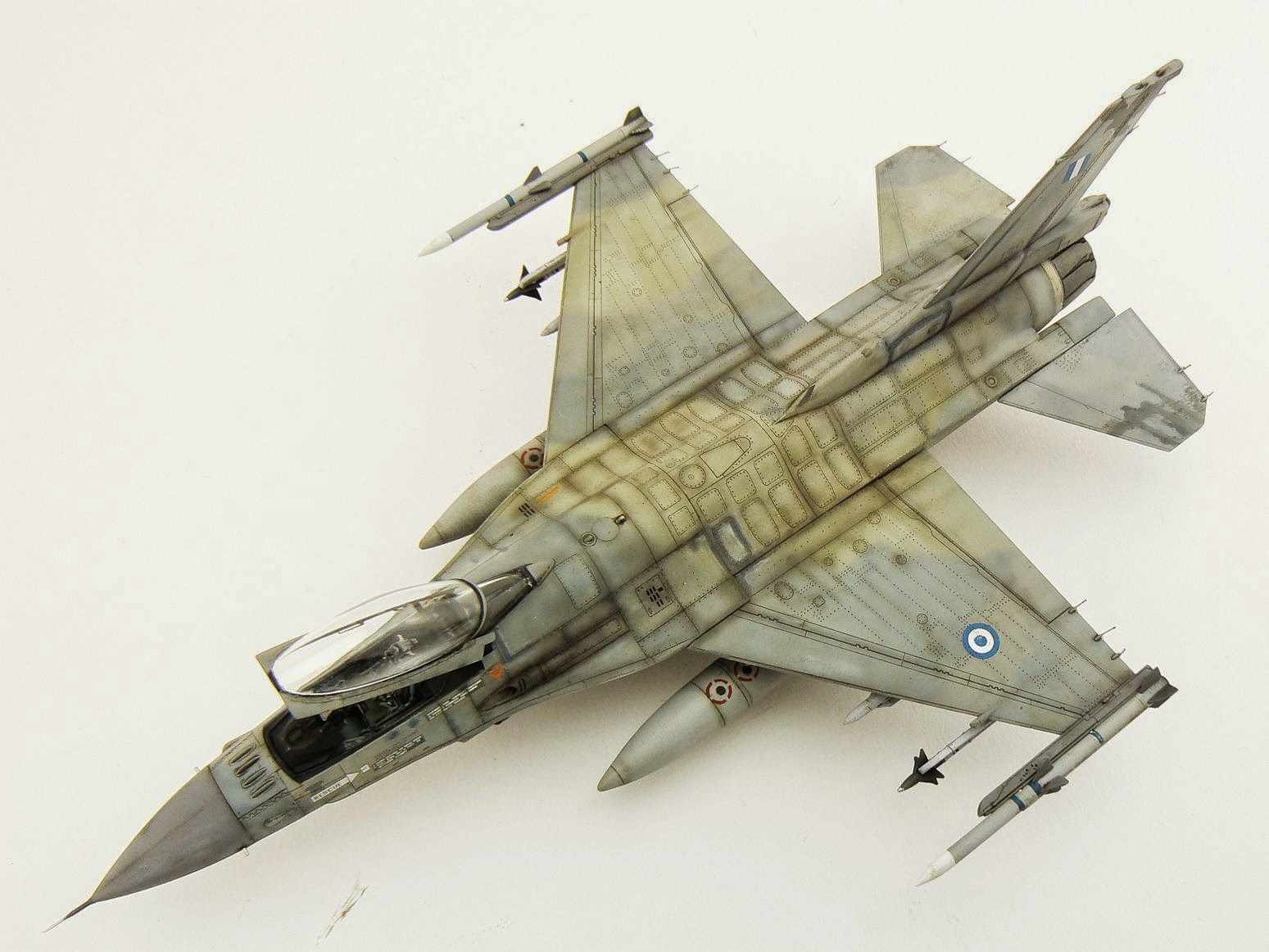 My next kit will be a review for ADH of the new tool MiG-21UM, and I've got some neat weathering ideas for it already!

Now for the gratuitous plug.  I, along with Mig Jimenez and other well known modellers will be holding a modelling/weathering workshop in June here in the UK.  Its a unique opportunity not only to watch demos but actully get tuition in various weathering techniques.  Its in a wonderful location, and you can always bring your WAGs (Wives and Girlfriends) as the hotel has a spa!  Check out www.Scalemodellingnow.com for details. 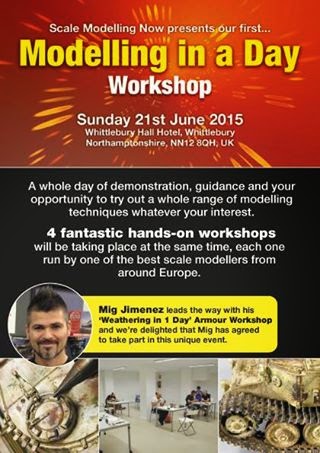 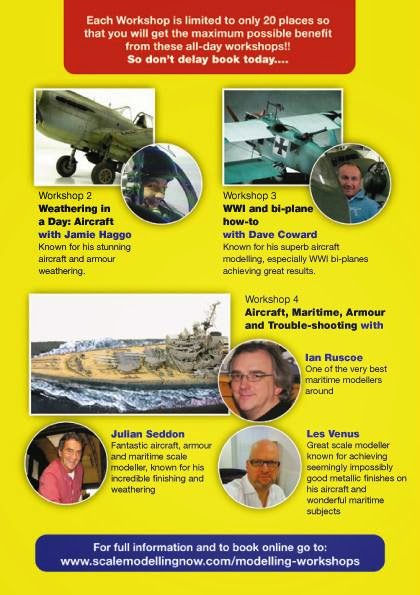 Right, dinner is nearl;y ready so time to poke off.  Until next time, happy modelling.