Magazines, what are they for?

Every now and then there seems to be some people on certain internet forums who kick off and have a moan about certain magazines and the way the articles are written.  These people complain that all the author did was describe how he achieved a beautifully painted and weathered model but he or she has failed to describe all the inaccuracies of the model or it's pit falls in construction.  The article is just window dressing.

I think these people are missing the point.  A magazine article is not just a review of a kit, it's there to entertain the reader, to show case what is possible with the kit.  It's there to inspire, to make the reader think I can do that or, I can't do that but I'll maybe use some of the techniques and advice in the article and I'll aim to try and get close.  I have even heard some people complaining that a model in a magazine was too good, I've even heard someone complaining that there were models in there, all he wanted was a list of new products!  I don't think that particular business model would be successful!!!

I have a vested interest in this subject as I write for magazines.  I can honestly say in all these years I have never had an editor change my text in any way, fluffing up the article to pander to manufacturers (another accusation I have heard), nor have I ever seen any evidence of this in any magazines I contribute to (I do talk with other contributors and editors) or any that I buy on a whim.

If I have a brand new kit given to me for an article then I will try and write a fair review of it.  If I am doing an older kit which has been around a while I will try and choose a theme for the article, it may be a particular painting technique or working with photo etch or resin.  Something I can focus on as a lot of people will probably be familiar with the kit anyway.  In my articles I try to entertain and inform, not just regurgitate a dry review.  One particular editor of a magazine I contribute to positively encourages this and help and guides contributors to write in a style he wants along these lines.

Magazine editors have a thankless task, they will never please everybody all of the time.  What they do is come up with what they think the readership will enjoy reading in order to sell as many copies as possible each month or better still, subscriptions.  After all they are businesses in a very competitive niche market.

I have my own personal favourite magazines, I have to say there is one particular magazine which many people on a certain British web forum love, I can't stand it.  Average models (some down right shoddy),  poorly photographed printed on bog paper in my opinion yet some people seem to love it.  That just proves my point, horses for courses.

Some people on the same web forum have had a go at a particular editor and his editorials, sometimes it's the same people saying the same things over and over again.  As I said before, horses for courses, they are entitled to their opinion (unless it gets personal of course).  Also, I have heard complaints that a certain editor who also owns an after market company pushes his products in articles and in the product section.  What rubbish!  If a contributor uses a tool or product and he liked the result why not mention it?  Just because it happens to be the editor's company's kit why should that make a difference.  I seem to remember when this certain editor took over, a few of his products made their way into the review section, I also seem to remember he made it quite clear that it was unfair to review the stuff, he was just drawing the readers attention to the product.  Spot on I reckon, why shouldn't he.  He did it in a fair way and has continued to do so, I really think that certain people have it in for him and will use any ammunition they can to get at him because he "changed" the magazine from a format they liked.  What I will say is that if he didn't that particular magazine probably wouldn't be around any more, what it is doing is selling as many, sometimes more, than it's rivals and is expanding rapidly overseas.

This seems like a bit of a rant, I suppose it is a bit really.  The internet is a wonderful resource but one disadvantage is that some people seem to think they can have a pop.  I'm all for free speech but as long as it doesn't get personal.  if you disagree with something by all means publish your opinion as I have done here but do not get personal.  It's easy to hide behind a keyboard.

Phew, enough of the politics and on with the modelling.  Here is my latest, it's the Tamiya Spitfire Mk IX.  Some have said it's the perfect kit, I don't think it is, I don't think that its possible.  What it is, is a very very good kit and is probably the best kit I have ever had the fortune to make.  The trouble is, I have to post this one off as it's a commission build, bummer.  I do that the Mk VIII in the shed though, I can't wait to start that one, I quite fancy an Aussie shark mouth job! 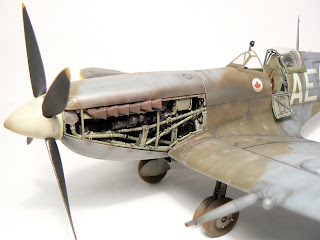 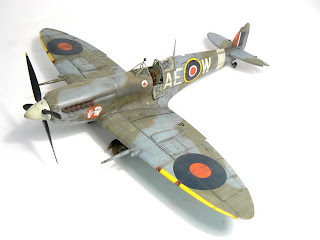 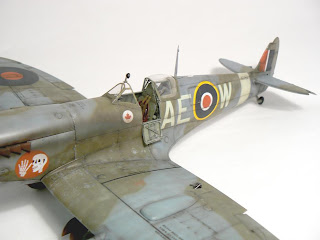 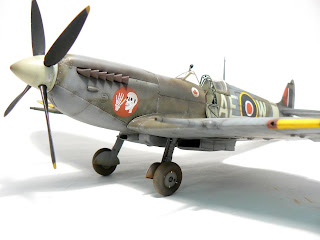 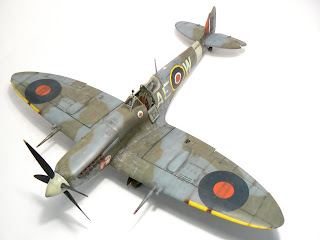 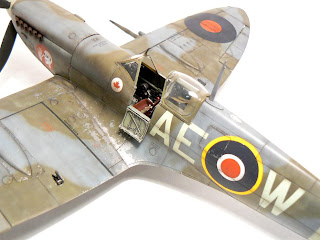 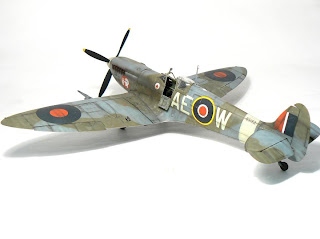 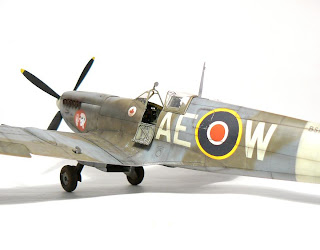 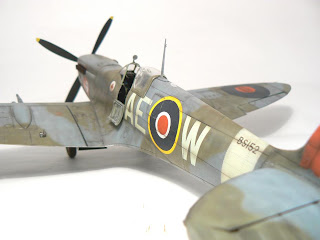 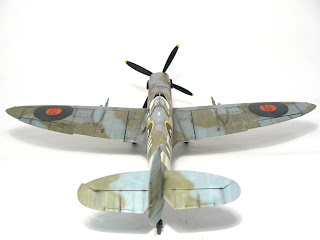 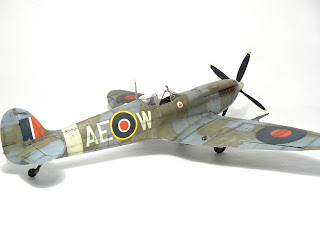 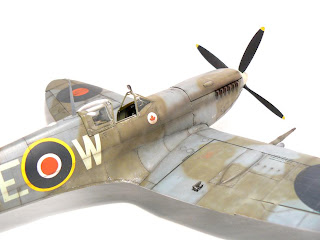 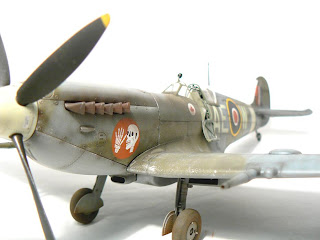 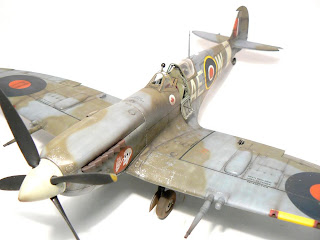